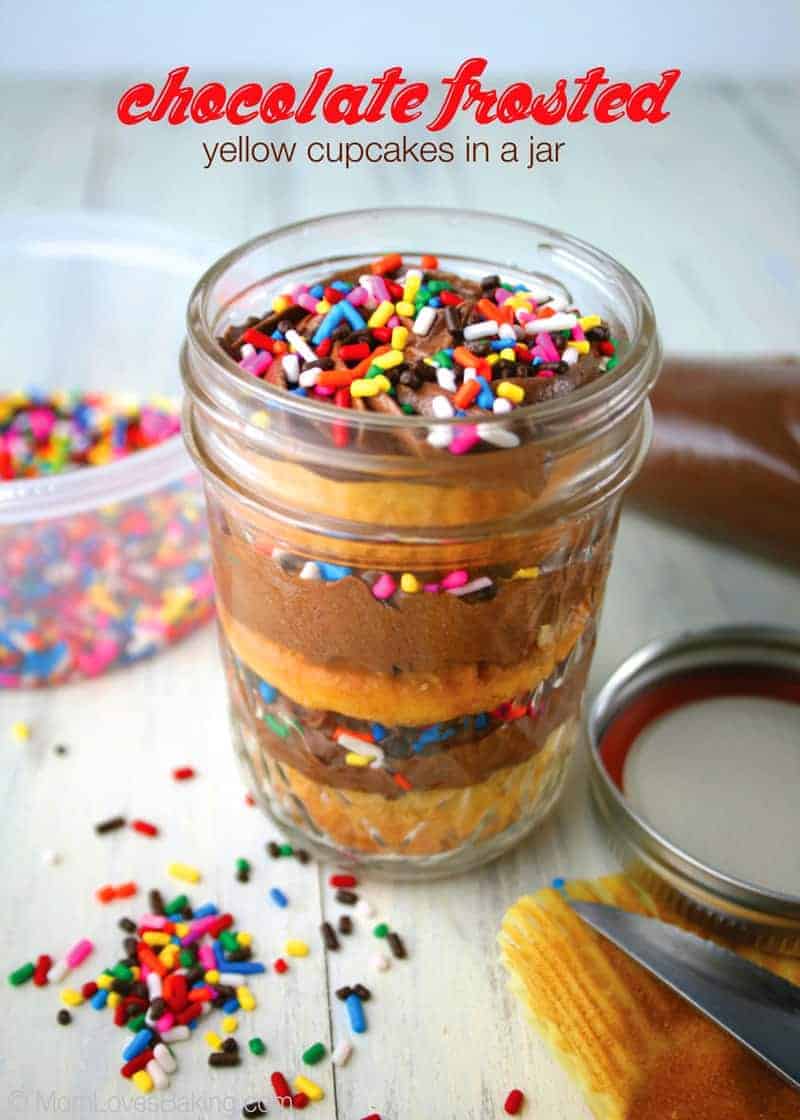 Our beloved preacher at Alpharetta First United Methodist Church had a birthday a few weeks ago and I wanted to give him a special treat to thank him for all of his sweet sermons. It had to be something festive and delicious as well as portable. Enter Chocolate Frosted Yellow Cupcakes in a Jar. I know it's not a new idea, but I had never actually made them myself. I thought you might be interested in getting a little step-by-step tutorial on how to make Chocolate Frosted Yellow Cupcakes in a Jar. How does that sound? They really aren't hard to put together, especially if you use a cake mix for the cupcake part. The only thing that takes a little time is the homemade frosting, but that's the best part, so you can't skip that step! 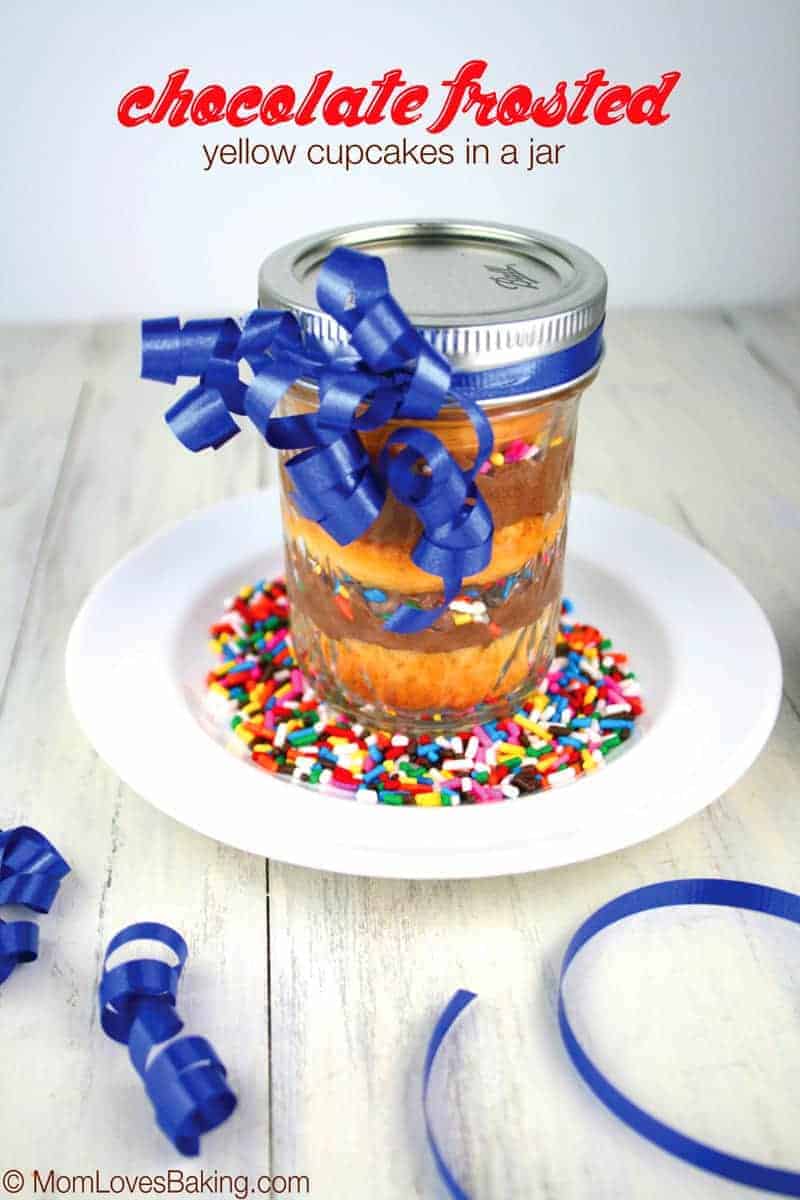 I kept the decorations simple, but you could get creative and use fancy ribbon with a spoon attached.

The first step is to grab your favorite yellow cake mix and prepare it according to the package instructions, making cupcakes of course. 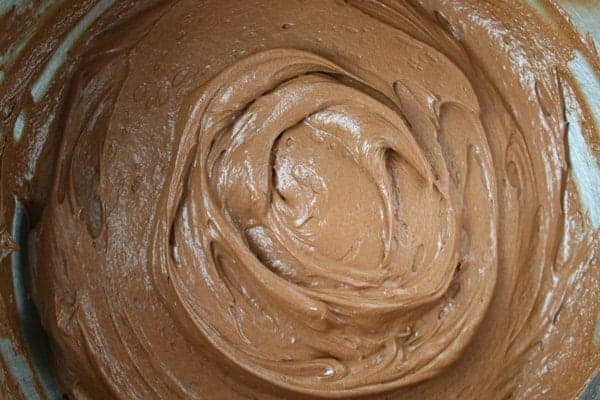 Next step is to make the chocolate frosting which I've previously posted about. It's called The Best Chocolate Frosting Ever! And yes I do stand behind that statement. It's that good people! Ask the preacher.

In case you missed that post, I'll give you a recap. 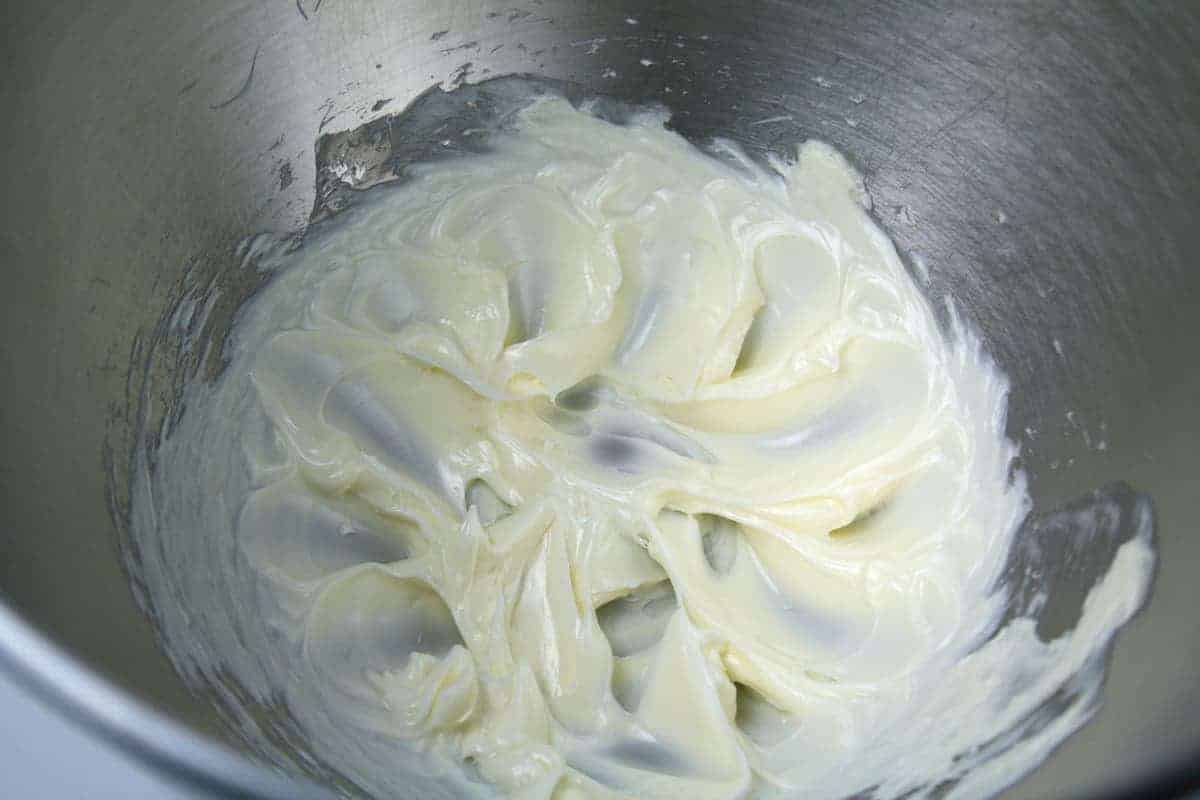 Start by creaming the softened butter on medium speed for 2 minutes. 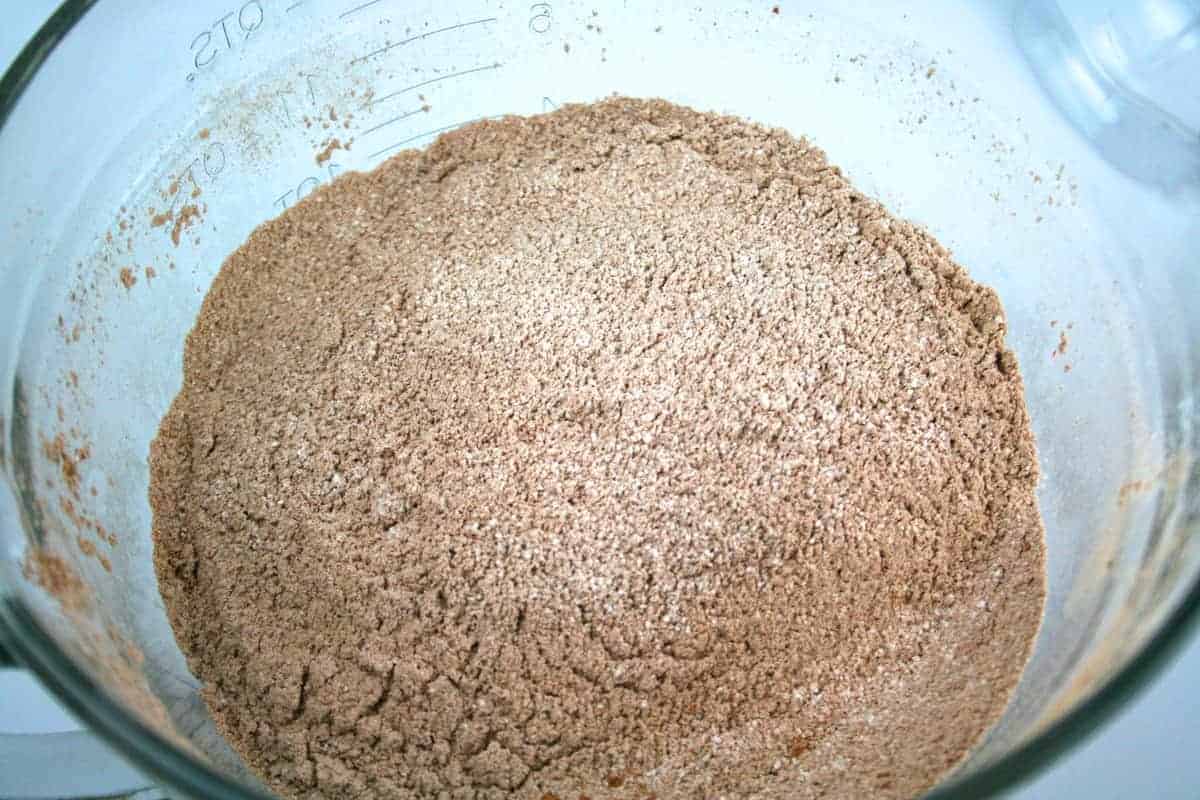 It comes out so smooth and creamy and shiny. If it’s not shiny, then add a little more cream.

Pour your frosting into a large pastry bag fitted with a 1M pastry tip (both available at your local craft store). The 1M pastry tip is my favorite for decorating cupcakes. It gives them that professional look. 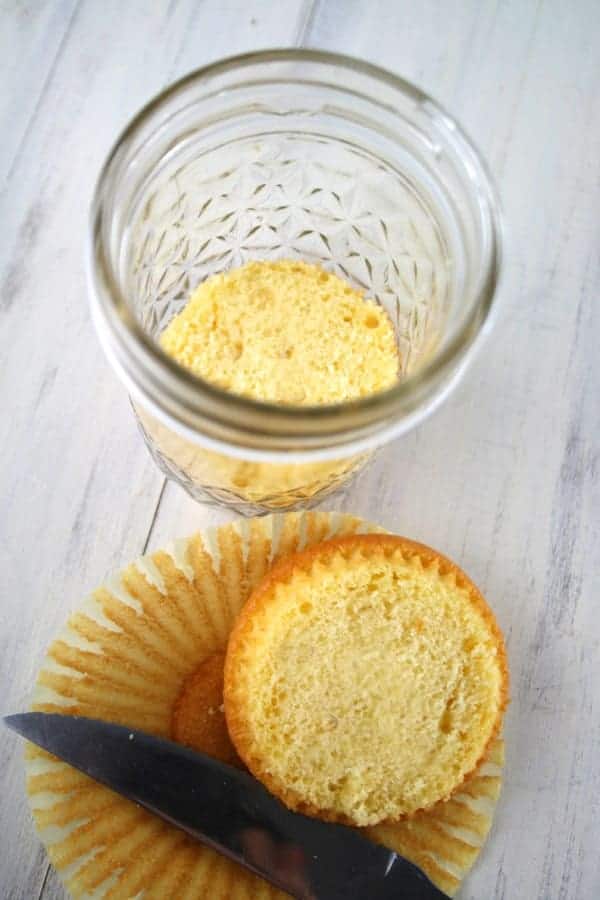 Now it's time to assemble your cupcakes in a jar and it couldn't be easier. Take your cooled cupcakes and cut them in half horizontally. Using a half pint sized canning jar, place one cupcake half in the bottom. 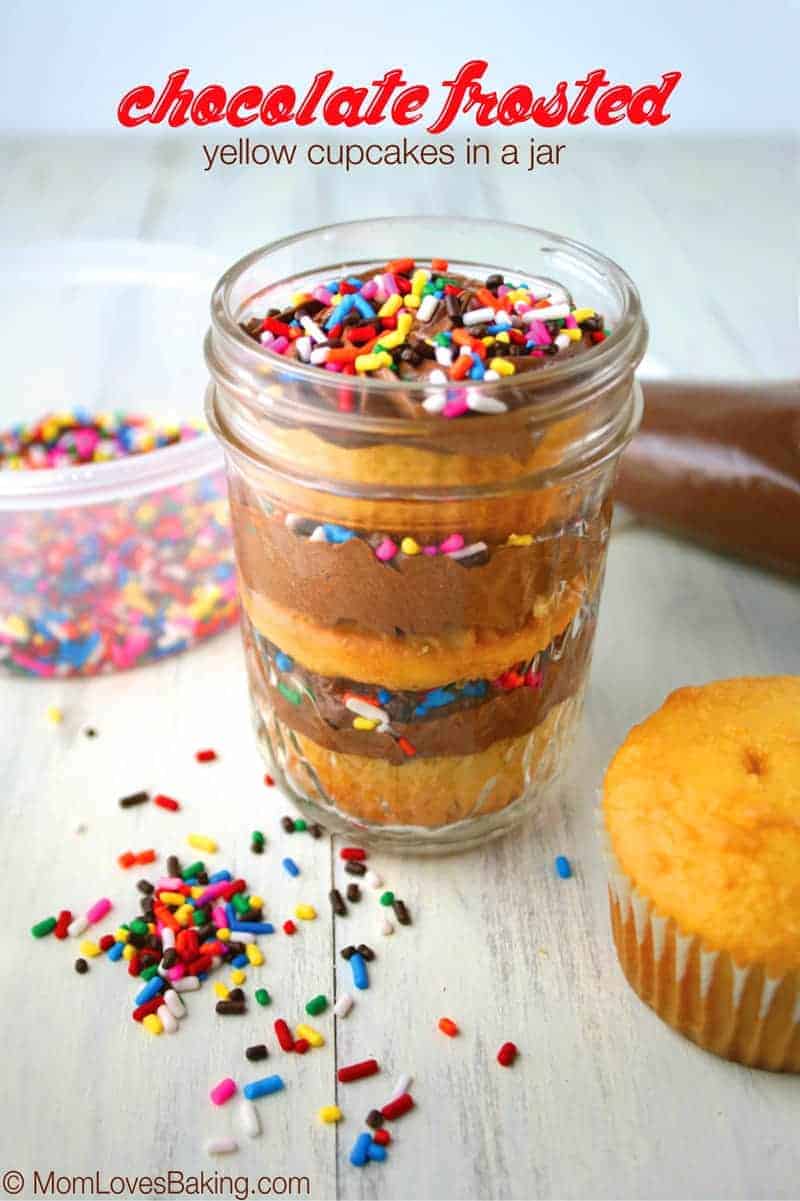 You can make as many jars as you need. In this case, I only needed one. So I frosted the rest of the cupcakes and brought to my daughter's youth group that night. If you wanted to make all of them in jars, then you would have 16 jars total.

I think this is such a fun gift. It would even make a cute party favor for a birthday party! 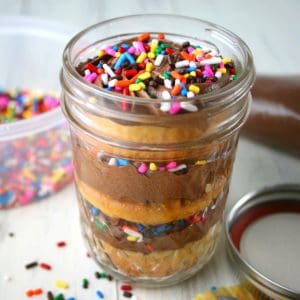 These cupcakes in a jar really aren’t hard to put together, especially if you use a cake mix for the cupcake part. The only thing that takes a little time is the homemade frosting, but that’s the best part, so you can’t skip that step!
5 from 1 vote
Print Pin Rate
Course: Dessert
Cuisine: American
Prep Time: 20 minutes
Cook Time: 20 minutes
Total Time: 40 minutes
Servings: 16 cupcakes in jars
Calories: 428kcal
Author: Lise Sullivan Ode

To assemble cupcakes in the jars: