Only 4 ingredients, it's no-bake and tastes like Black Forest Cake! 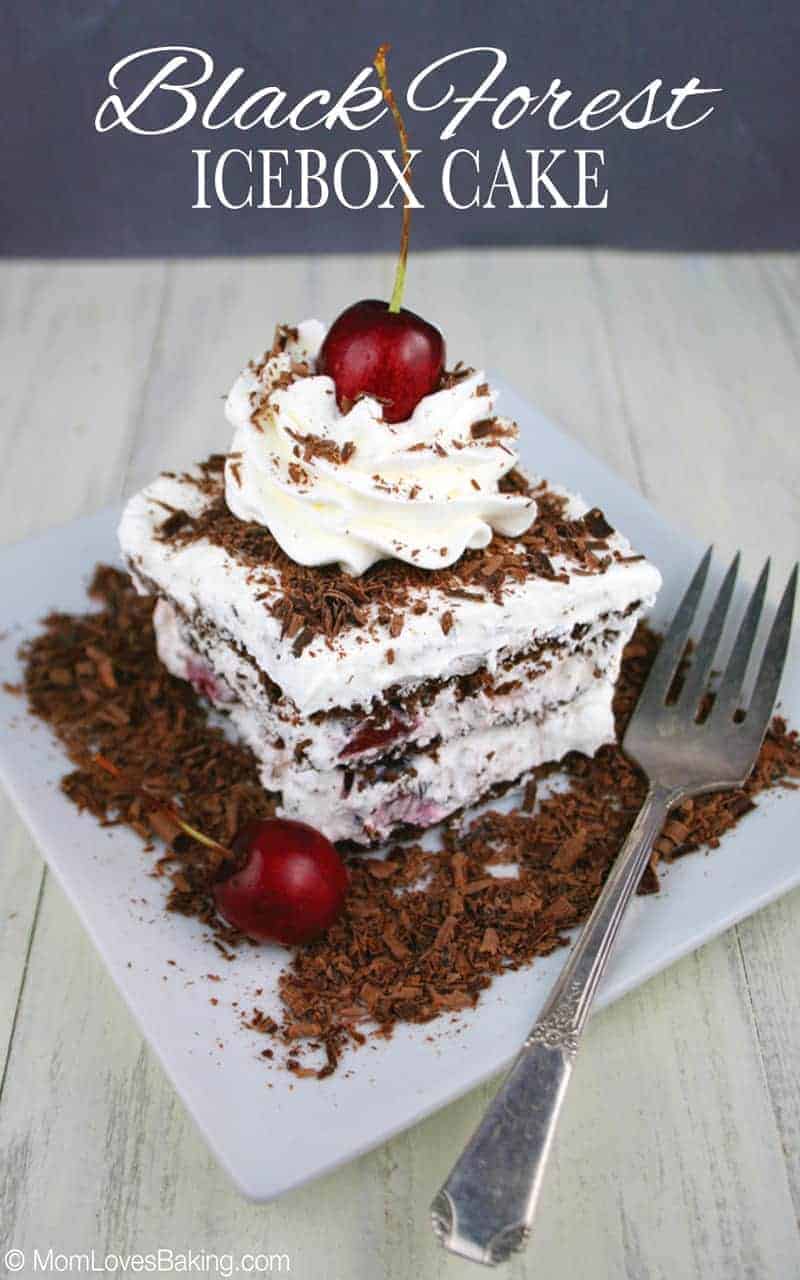 If you need something super quick and easy to take to a party, but you also want it to be fabulous, then you should make this Black Forest Icebox Cake!

I made it to take to a ladies Bunco night last Thursday. Have you ever played Bunco? It's a dice game and very simple to play. It's more about having a girls night out which is the best part! If you're lucky, you can even win a little bit of money.

I've played many times over the years but have never won. Well, my luck is changing! Guess who won. That's right, it was me. Yay! I think the last time I won something was in 1977 when I won a t-shirt for being the 10th caller on the radio. 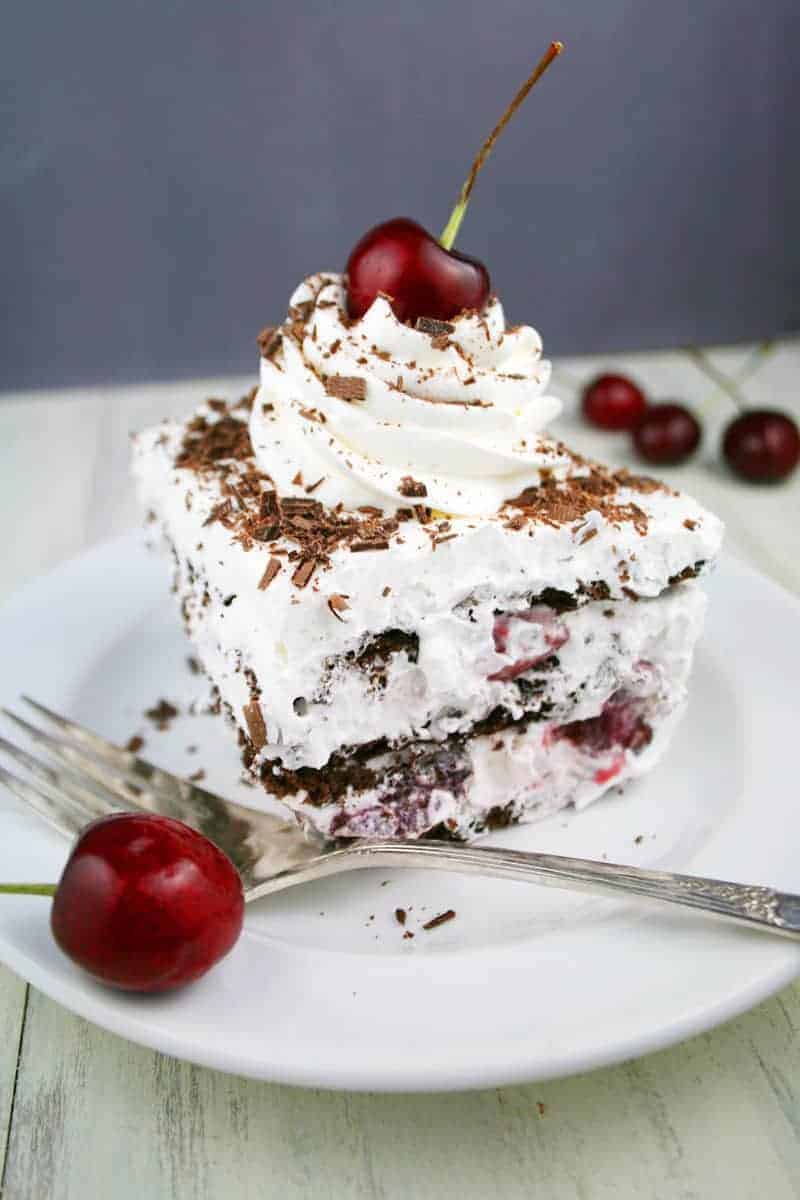 Winning Bunco was fun, but even better was hanging out with a great group of ladies. I got to meet a lot of neighbors for the first time. We had a variety of ages too, from young moms to grandmothers and some in between.

Each month we will meet at a different house. I'm already looking forward to next month!

The dessert was a hit. And I love that it's only a few ingredients. Chocolate graham crackers, Cool Whip, fresh cherries and chocolate shavings. That's it! You can whip it together lickety-split, but it's best if you refrigerate it overnight. That way the graham crackers can soften up a bit. 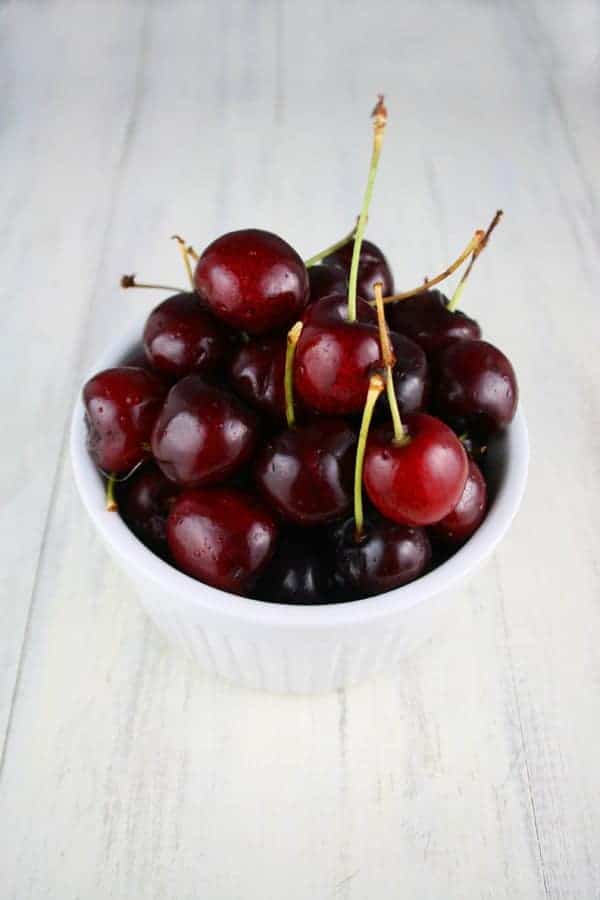 Start with fresh cherries. Aren't they beautiful! I just love the deep burgundy color of these beauties. 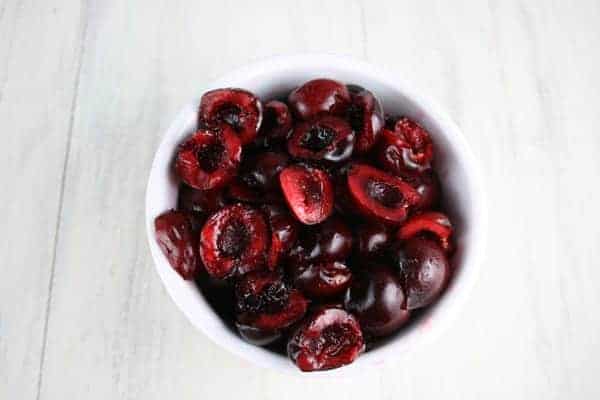 Remove the pit and chop cherries in half. This recipe calls for a cup of cherries. 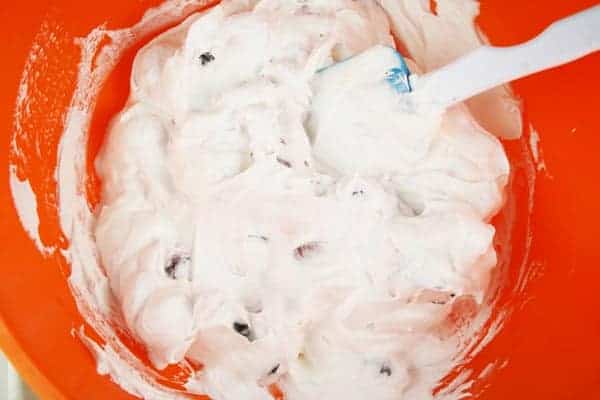 Scoop one (8 ounce) tub of Cool Whip into a large bowl. Fold in cherries. 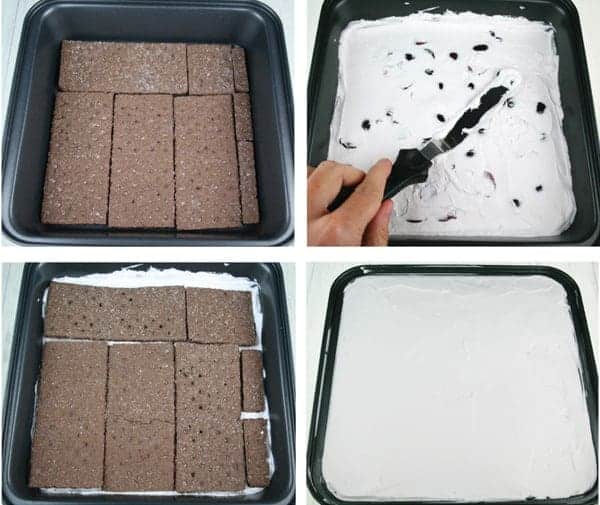 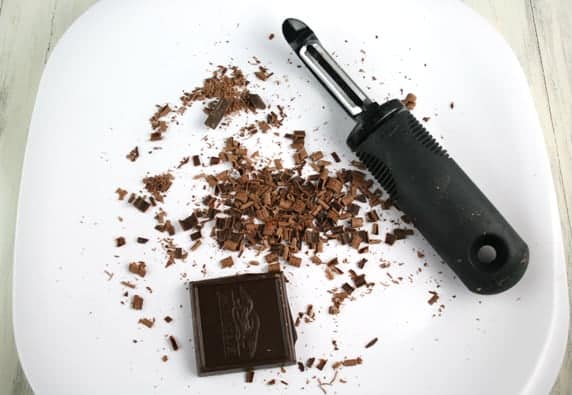 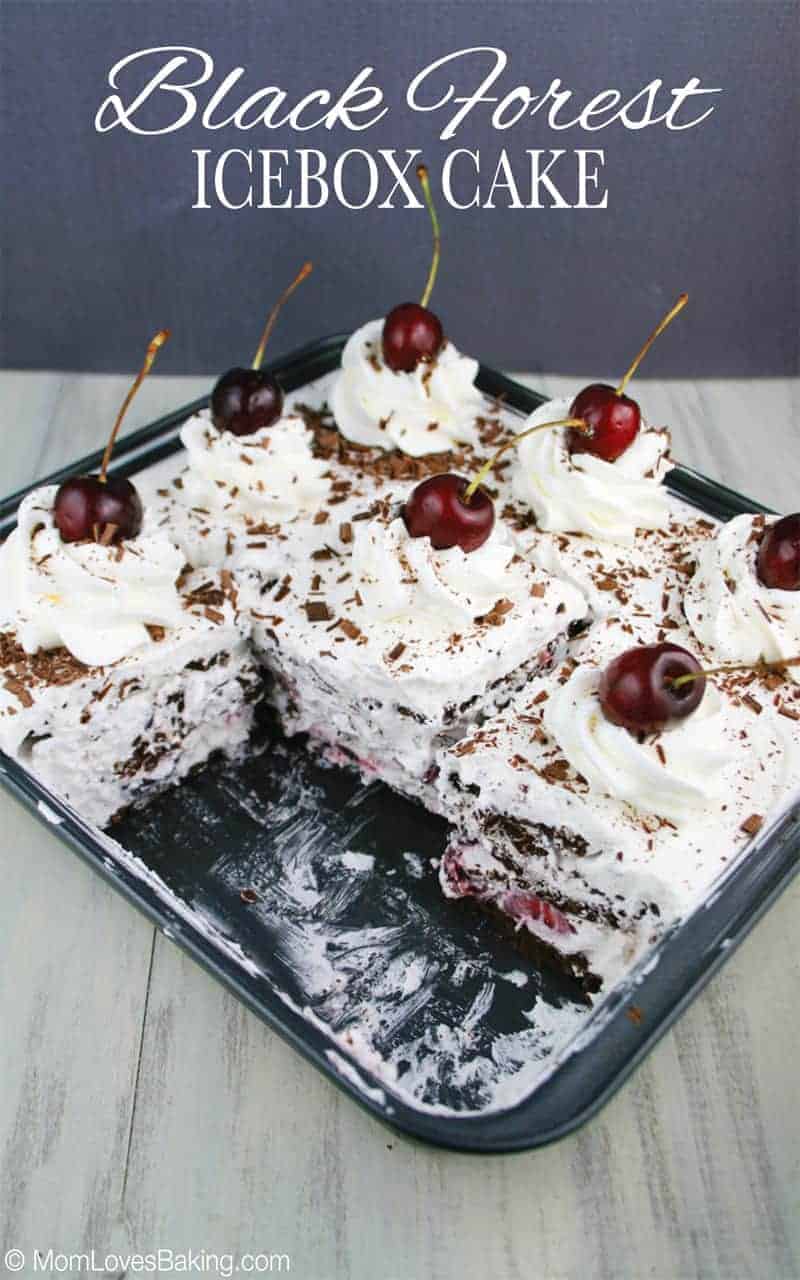 Sprinkle chocolate shavings on top, then pop it in the refrigerator for at least 6 hours, preferably overnight. 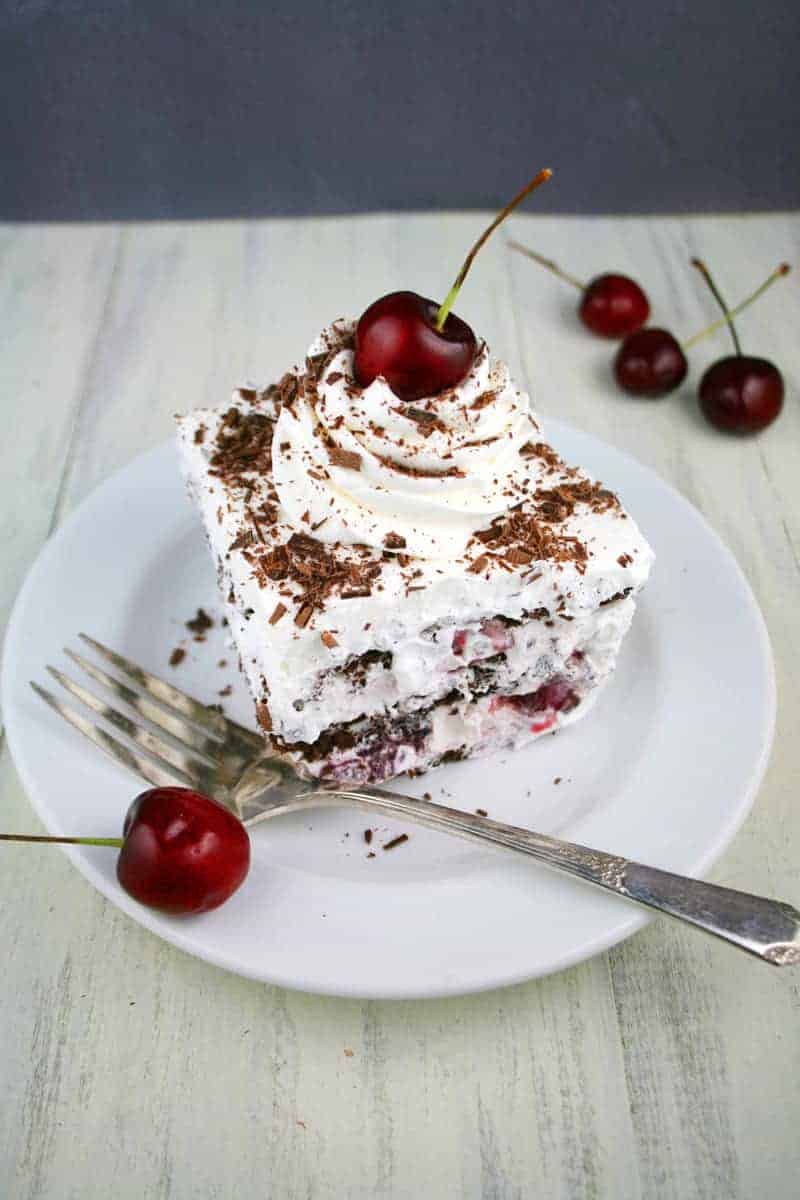 When you're ready to serve, slice into 9 servings. Garnish with swirls of Cool Whip and whole cherries. I used a pastry bag with a 1M tip and the remaining half tub of Cool Whip to pipe onto each serving. Sprinkle with more chocolate shavings. And don't forget the cherry on top! 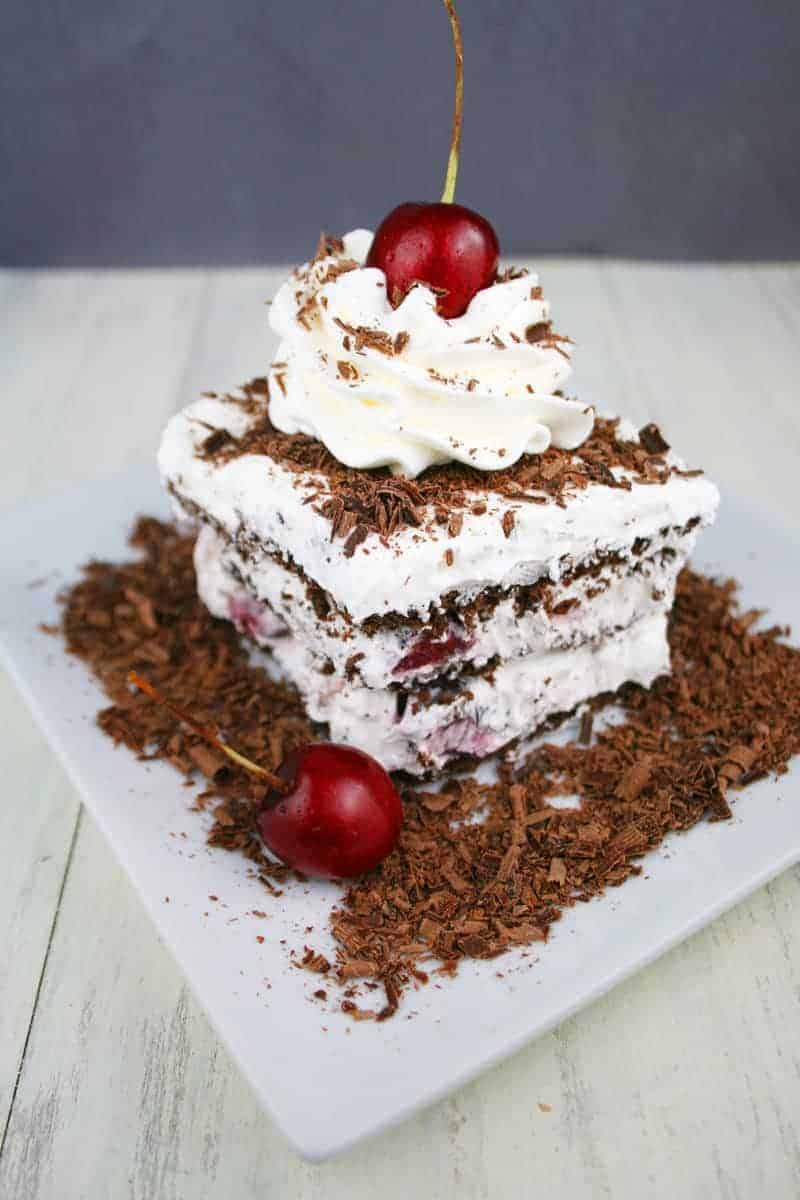 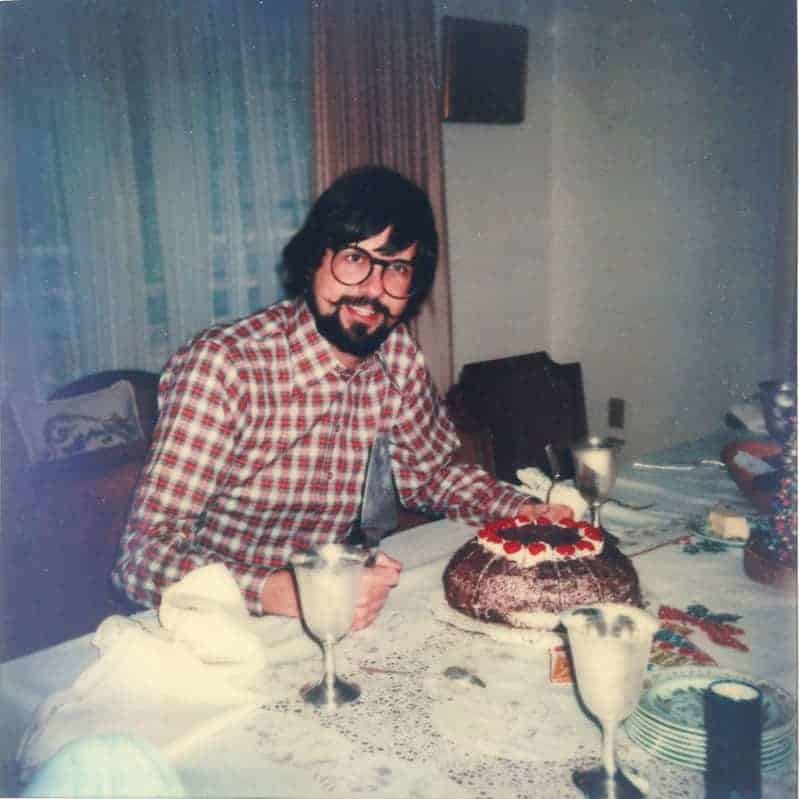 My dad used to order a Black Forest Cake every Christmas from a place in Tampa, Florida called Mr. Dunderbak's. He would transport it all the way to Dothan, Alabama (his hometown) for many a Christmas. He would get so excited about that cake. Exhibit A above. That's one happy man right there!

Of course, you know I was just as excited about it. If not more. Black Forest Cake will forever hold a special place in my heart.

I'm pretty sure this old Polaroid photo was taken the same year I won the t-shirt. 1977. It was a very good year! 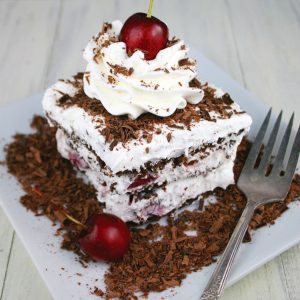