Homemade Doughnuts are canned biscuits shaped into donuts, fried in oil and dipped in icing or cinnamon sugar. 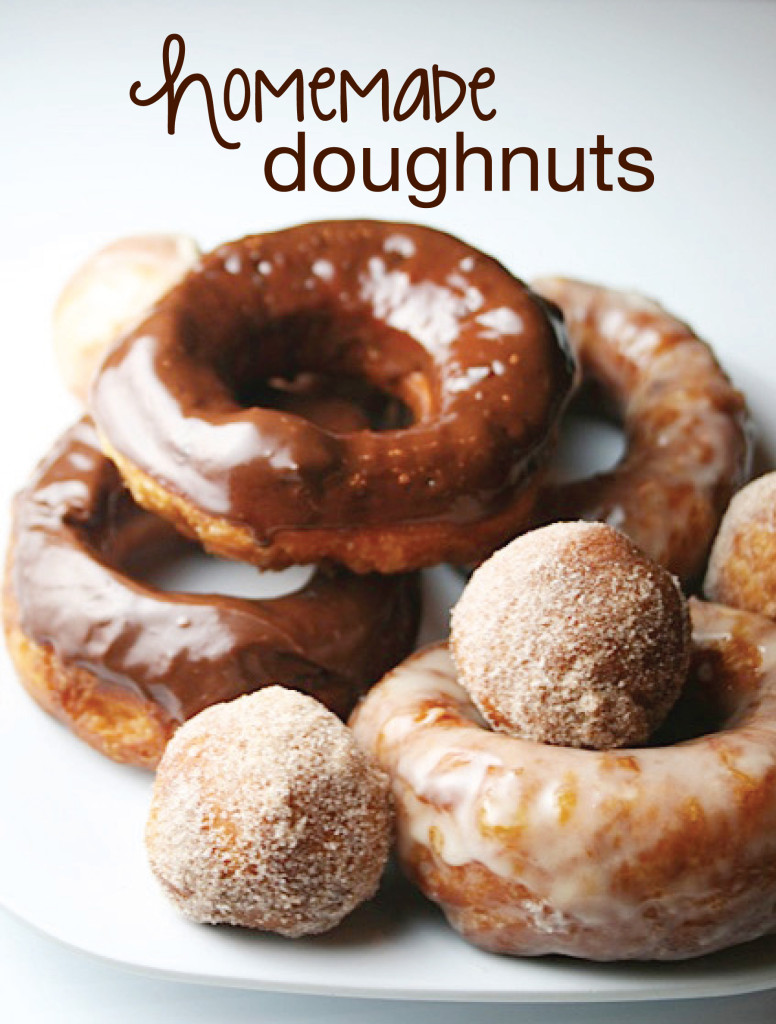 Who doesn't love doughnuts, right? Or is it donuts? Either way, they are so yummy and one of my favorite treats! 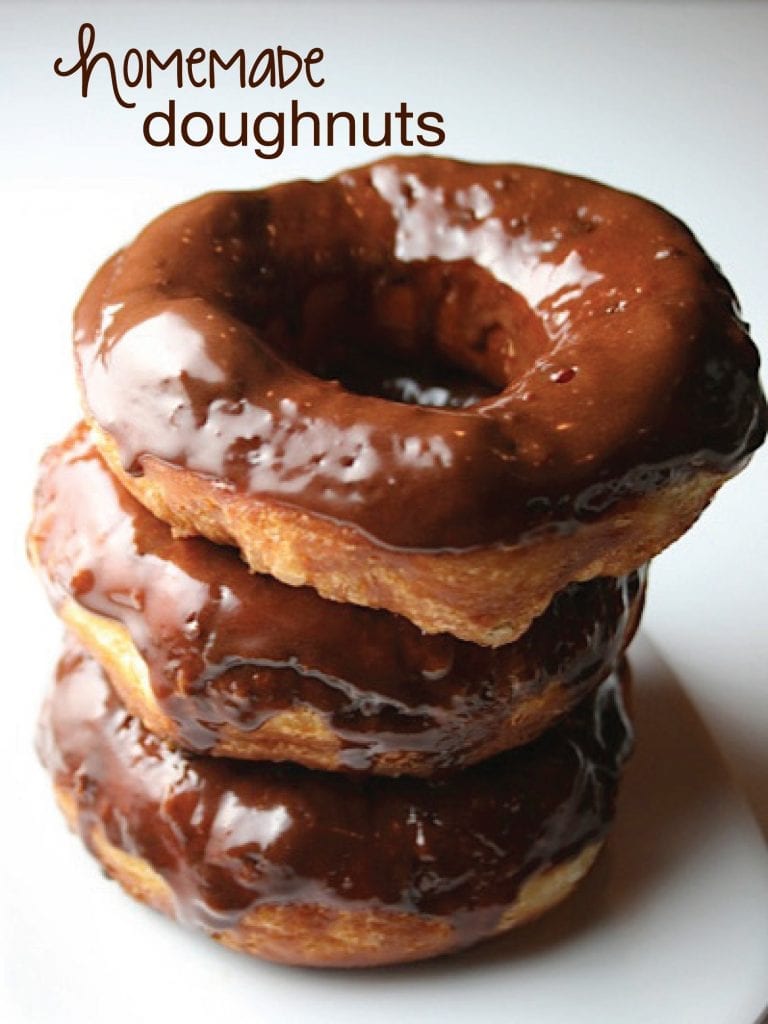 I had some Pillsbury Grands Honey Butter Biscuits in the fridge that would be expiring soon, so I thought I would make some doughnuts. I had heard about them for years but never tried it myself. 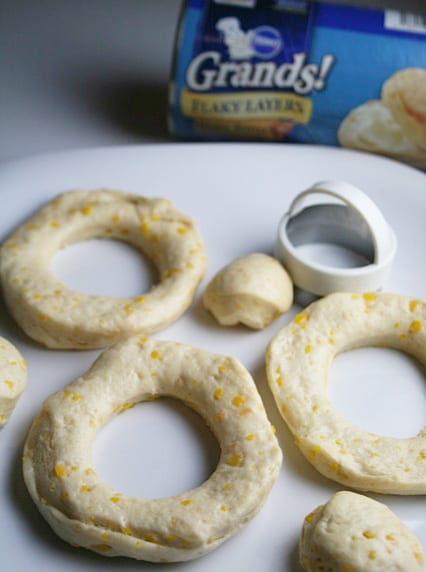 With a small rolling pin, I gently rolled the biscuits out so they would be slightly larger. Then used a 1 ½ inch biscuit cutter to cut the holes. I rolled those pieces in my hands to make a nice ball shape. 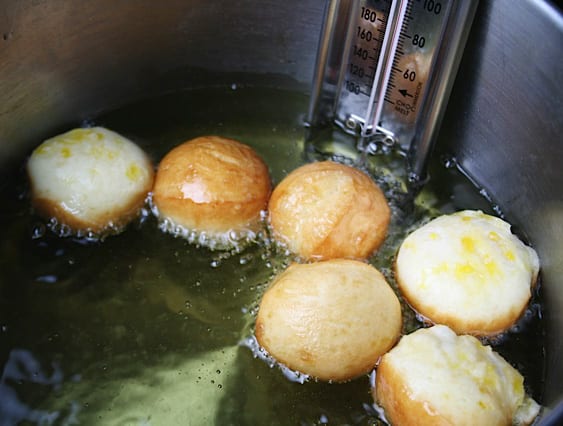 Then I fried them in a heavy saucepan with about 2 inches of oil that has been heated to about 350 degrees. I did all of the doughnut holes in one batch and then did the doughnuts 2 at a time. Recipe says to fry them until they are golden brown. It took about 3 minutes for the holes and 4 minutes for the doughnuts. 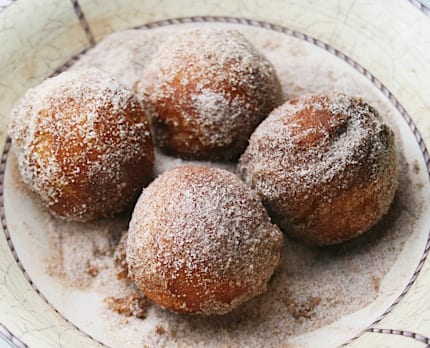 As soon as the doughnut holes came out of the frying pan, I placed a few of them in cinnamon sugar. Then rolled them around to cover.

I also glazed some of the doughnuts in a mixture of powdered sugar, milk and vanilla. 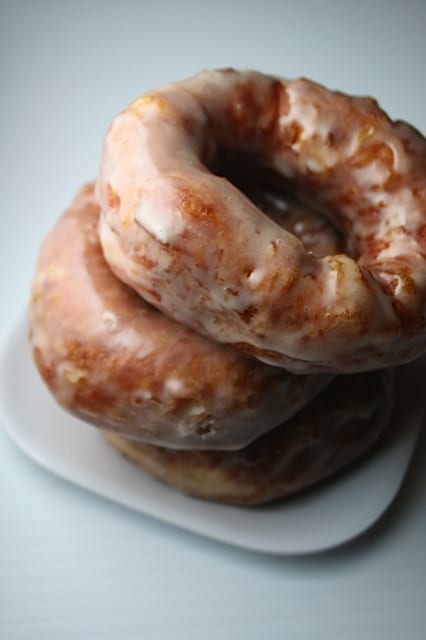 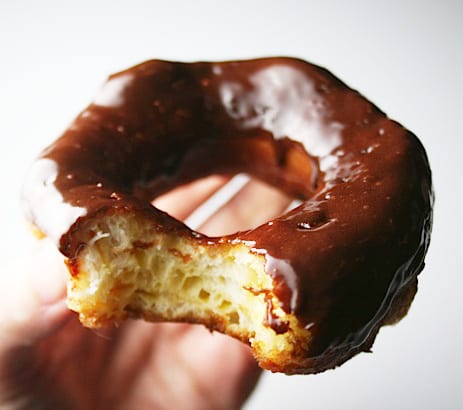 I used  ½ cup of Pillsbury Chocolate Frosting with 1 ½ teaspoons of water mixed in as a chocolate glaze for a few of them. Yum!

I only used one can of biscuits which made 8 doughnuts and 8 holes. This recipe is double that. 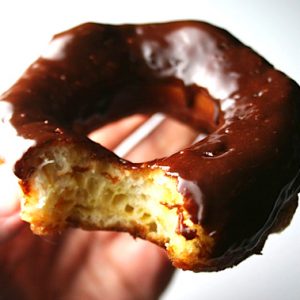