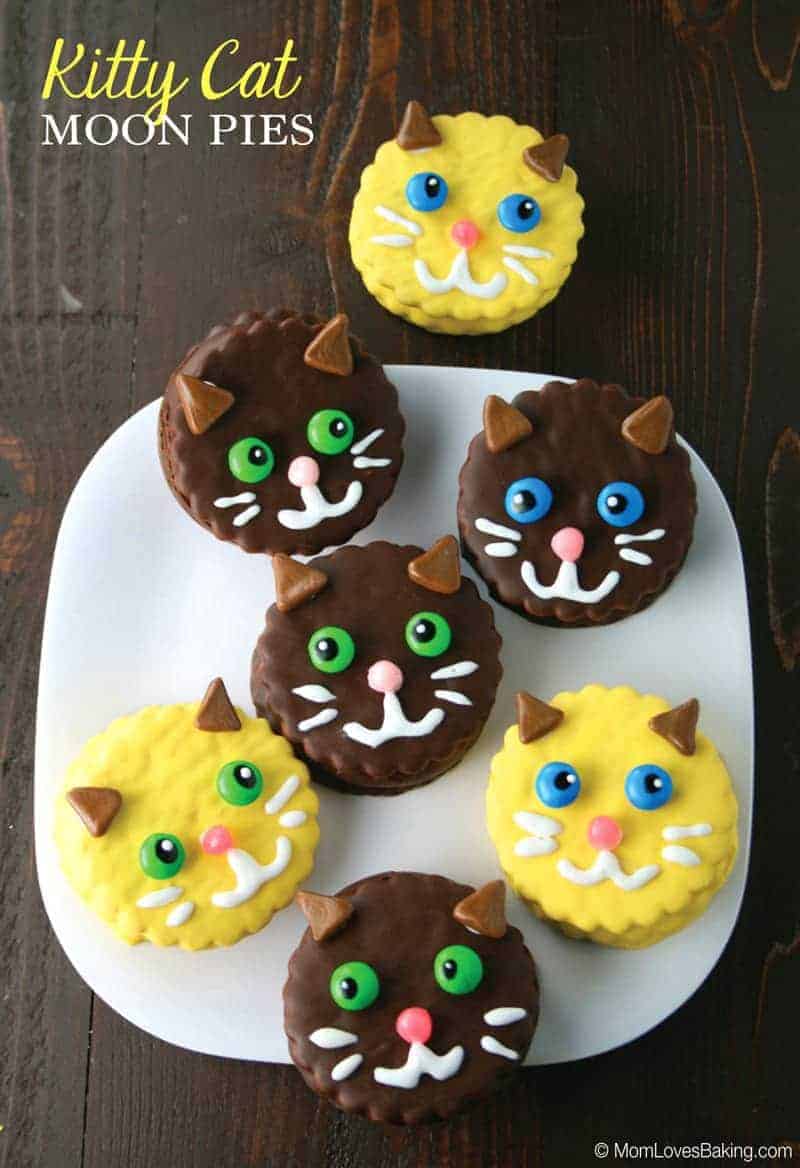 I recently entered a baking contest and guess what? I'm a runner up! Kitty Cat Moon Pies were my entry in the Food Network Dessert Creations for the Kid in All of Us sponsored by Little Debbie. Aren't they adorable!

(p.s. Although I do sometimes publish sponsored posts, this is not an ad for Little Debbie. I just wanted to share with y'all that I placed in this fun little contest.) 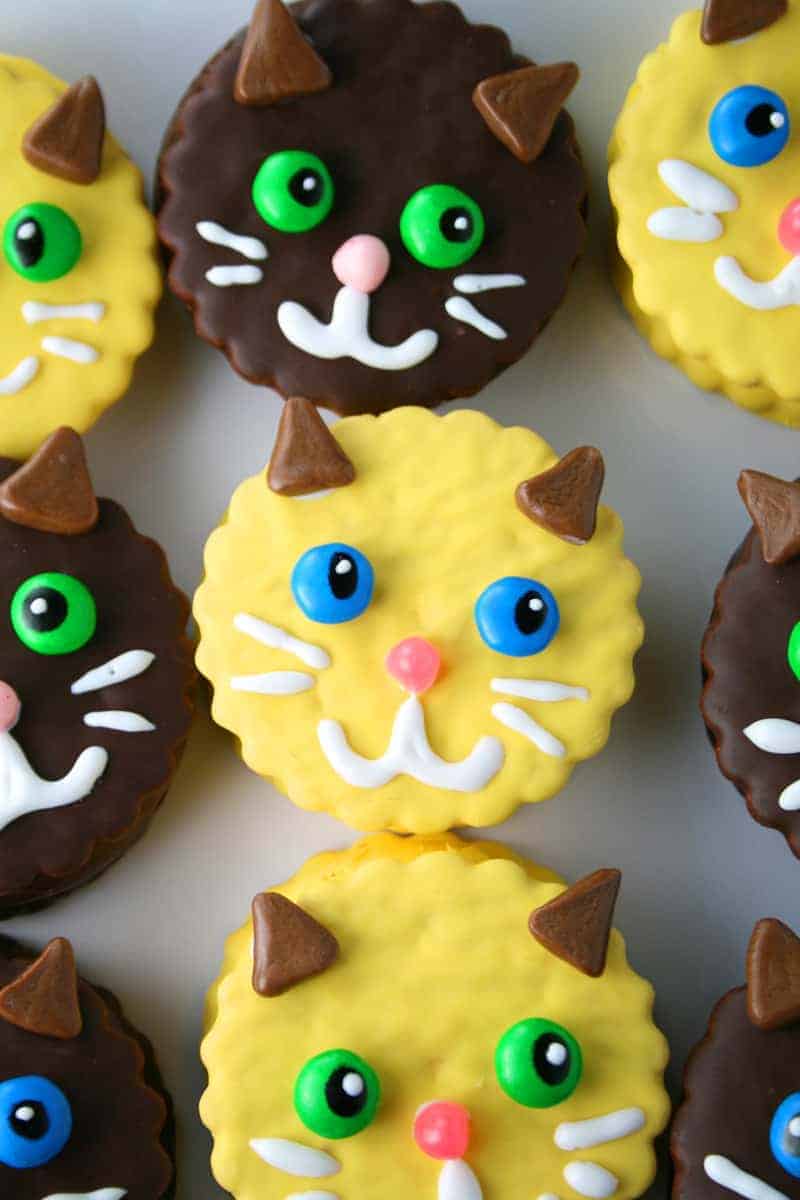 My friend told me about the contest a few months ago. (Thanks, Mary!) And I was thrilled to enter because the grand prize was a trip for 4 to New York City. I've been wanting to take a trip to the Big Apple with my husband and kids but it's just so darn expensive.

Alas, I didn't win the trip but it was exciting to be selected as one of ten runners up. My prize is lots of Little Debbies. Yay! 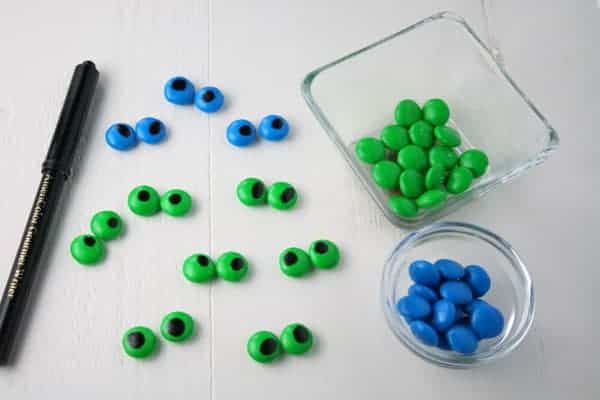 Making these Kitty Cat Moon Pies is fun and easy. The kids can even help.

Start by making the eyes with an edible pen and M&M's. 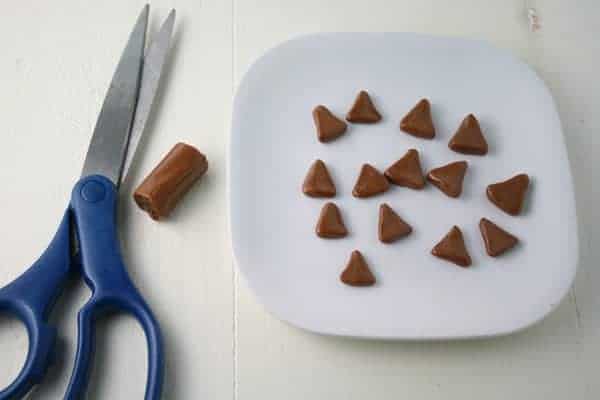 Then cut Tootsie Rolls into small pieces and shape into little triangles for the ears. 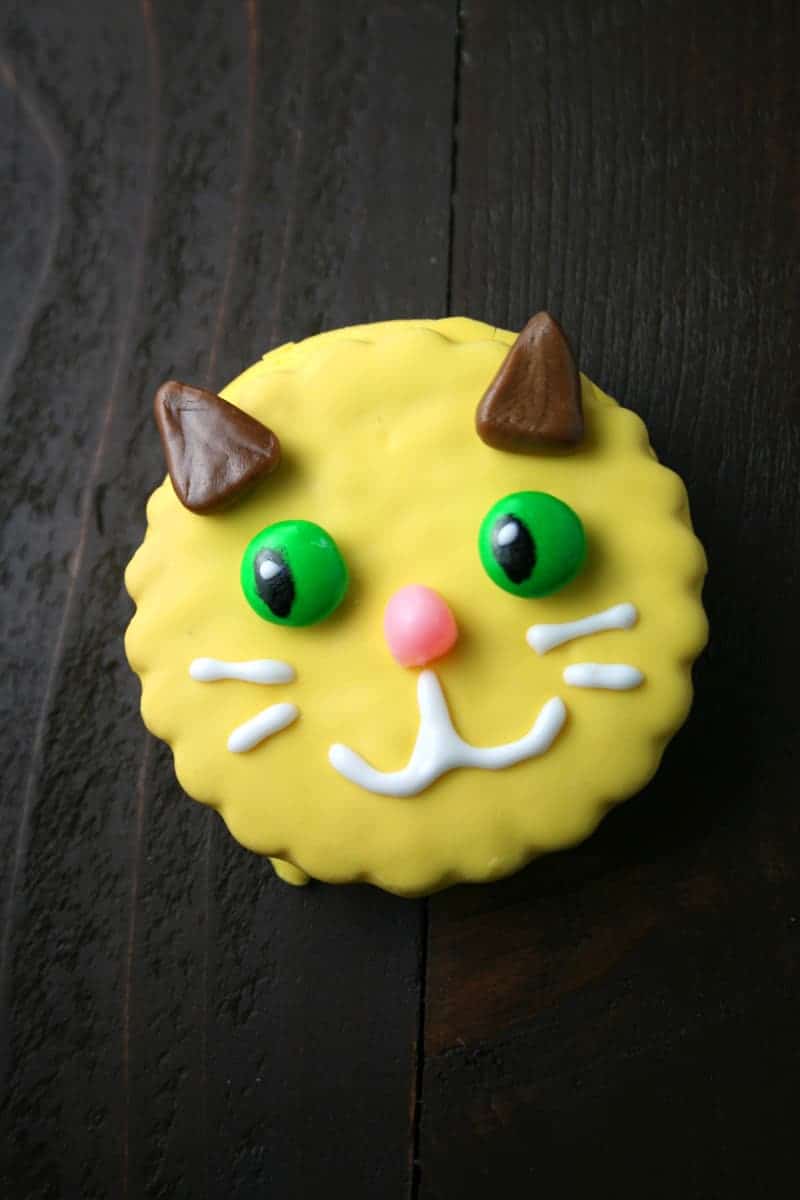 Cut a jelly bean in half for the nose. 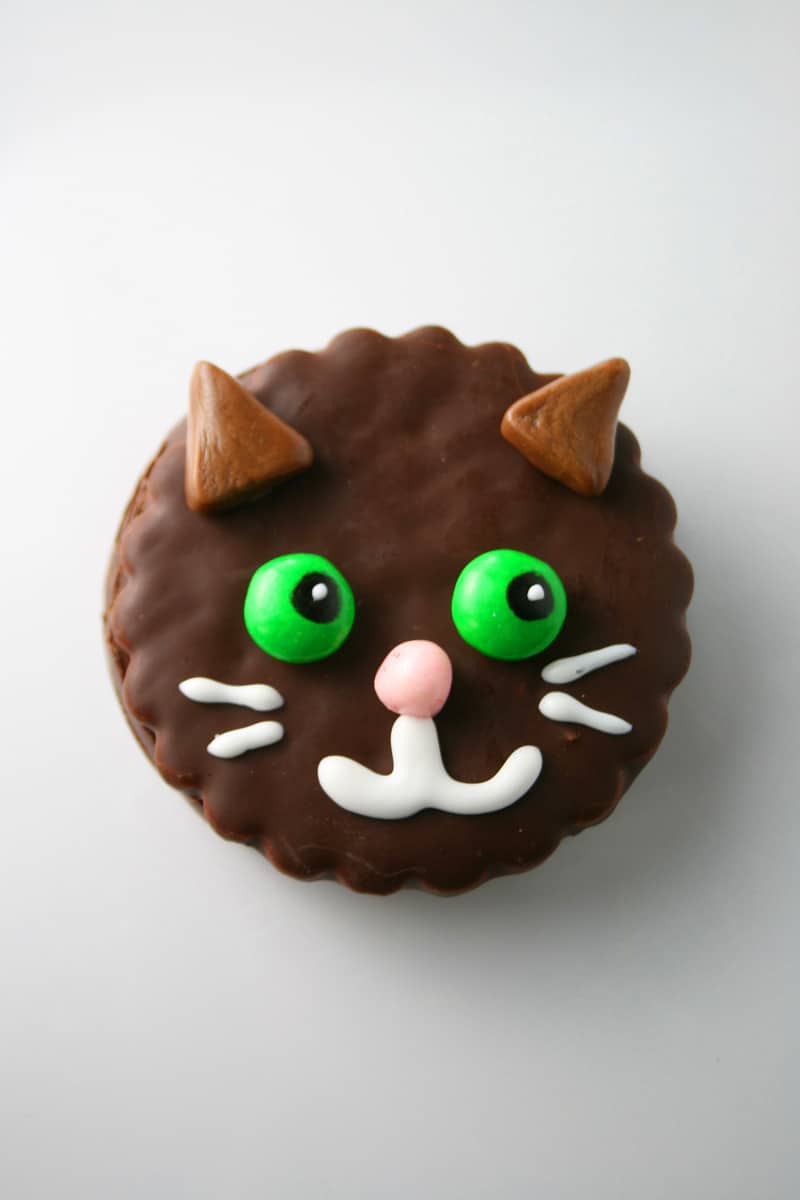 And I used a tube of store bought white frosting to "glue" on the ears, eyes and nose. Then I piped the whiskers and mouth. 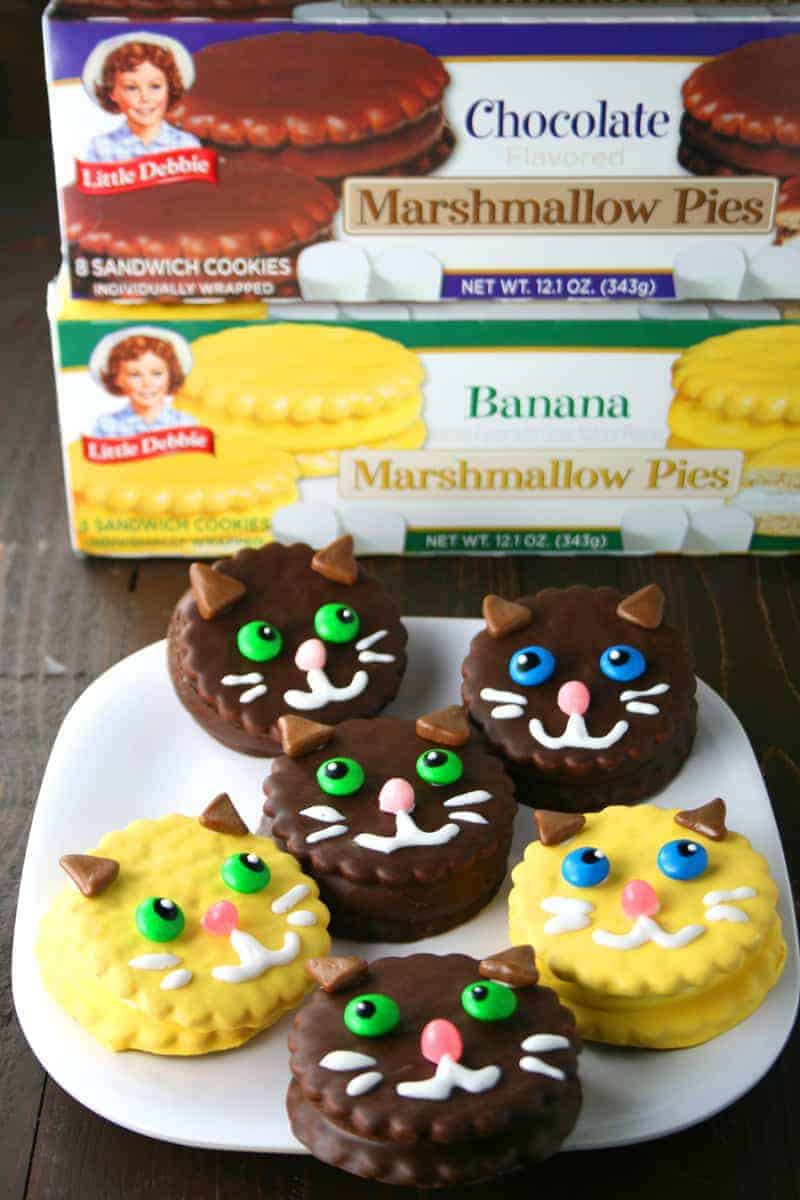 Have I mentioned that I really enjoy playing with my food! 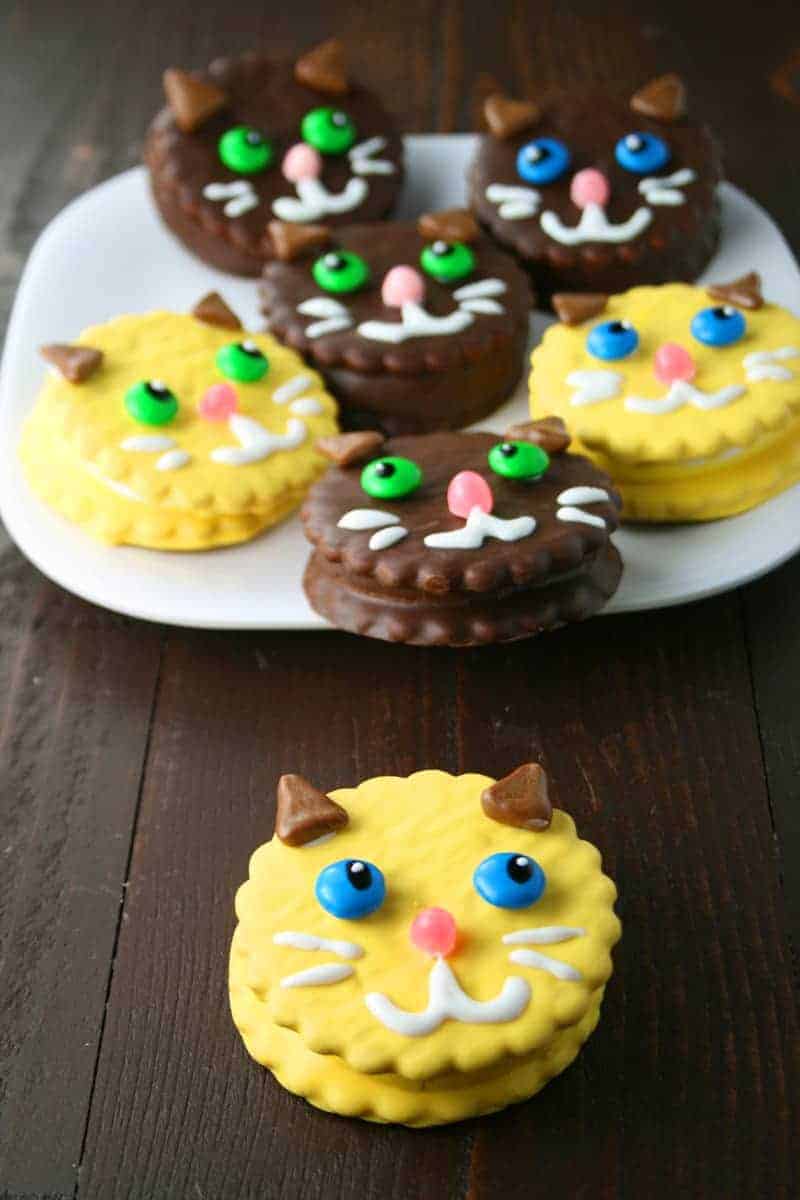 I got my 10 year old son and his friend to help with the decorating. And they also helped with the eating. We brought some to my son's basketball game for snack time and the Kitty Cat Moon Pies were a hit! 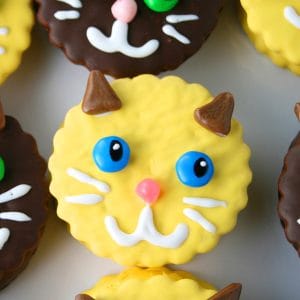 Tried this Recipe? Pin it for Later!Mention @MomLovesBaking or tag #momlovesbaking!