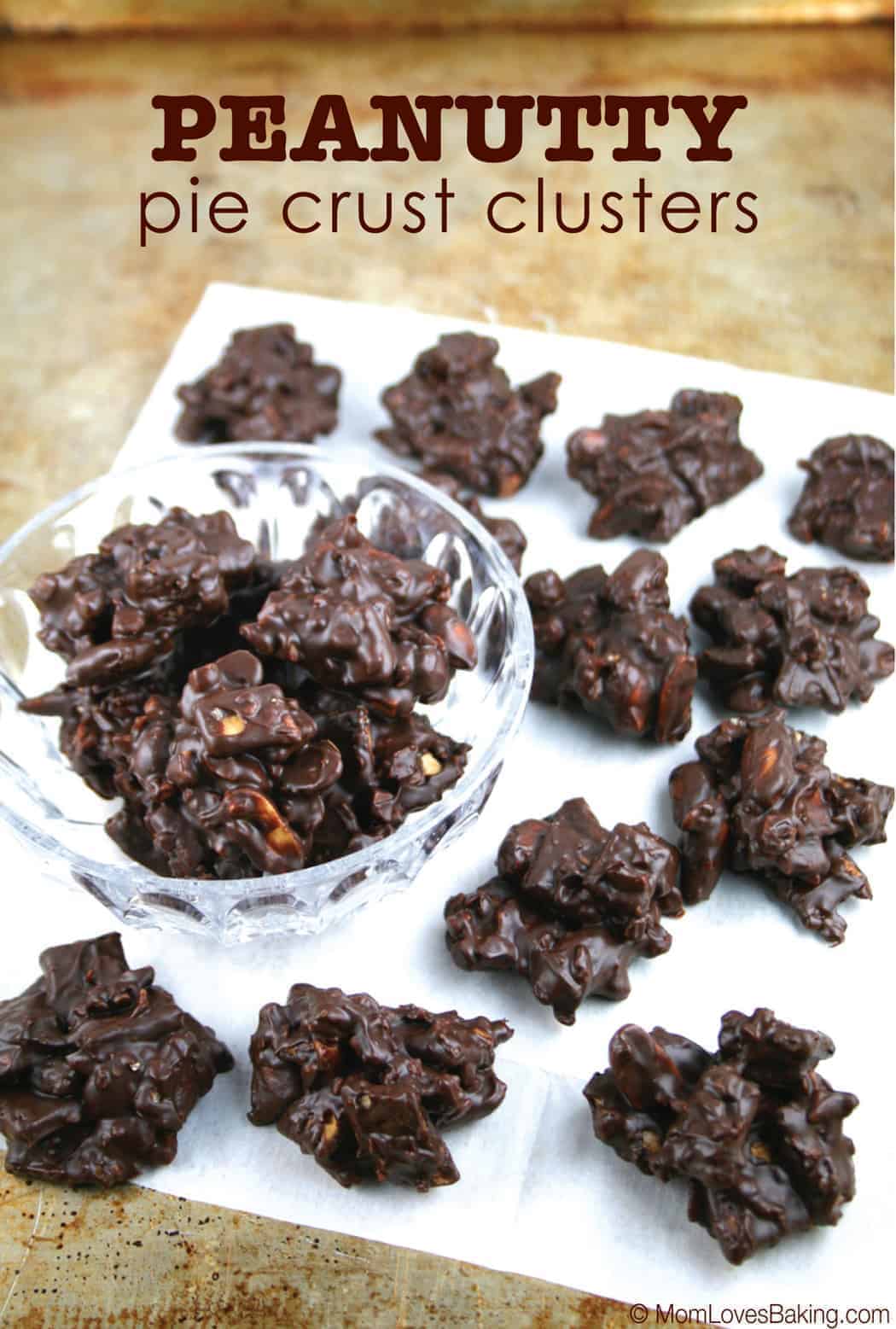 This is the recipe that won the 47th Pillsbury Bake-Off which was announced last week on ABC's The Chew. As you might know, I was a finalist in the bake-off with my recipe for Lemon-Blueberry Muffins. The sweet lady that was baking next to me in the contest which took place in Nashville on November 3, was Beth Royals and she won the million with this scrumptious recipe for Peanutty Pie Crust Clusters. So incredibly good!! Her recipe uses white chocolate chips which is yummy, but I thought I would make it with semisweet chocolate instead. It reminds me of chocolate haystacks, but it has pie crust instead of chinese noodles. 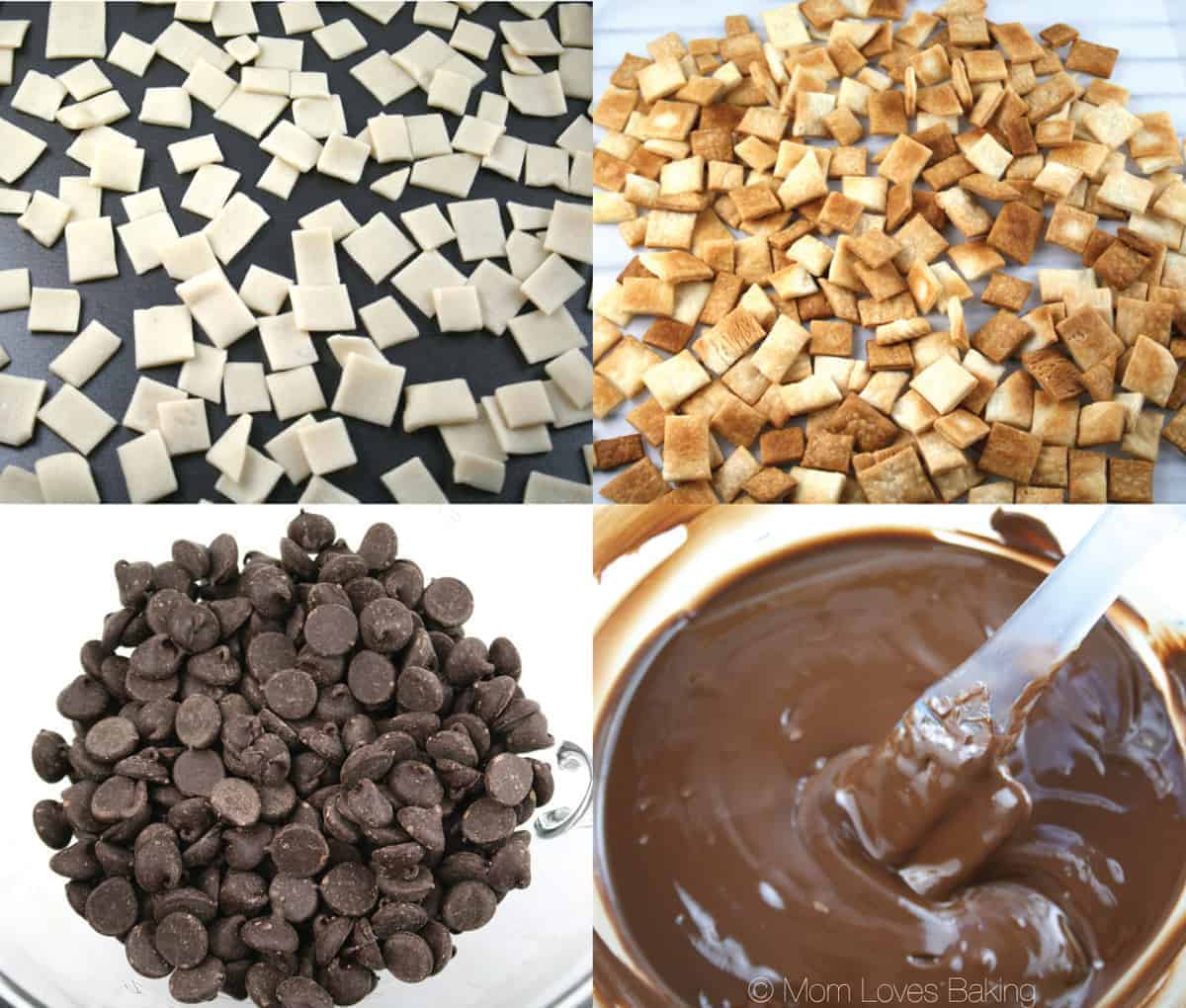 First you chop up the pie crust using a pizza cutter. Bake it at 450° for 6-8 minutes (watch it carefully because it can burn easily). Melt your chocolate with some shortening and peanut butter in the microwave. Stir until smooth. Fold in your cooled pie crust pieces, peanuts and toffee bits. Let cool in the fridge on parchment lined cookies sheets. Super easy and very tasty! A great addition to your holiday cookie tray too.

Peanutty Pie Crust Clusters would make a great gift for the holidays. You can even say they're worth a million dollars. And it's true! 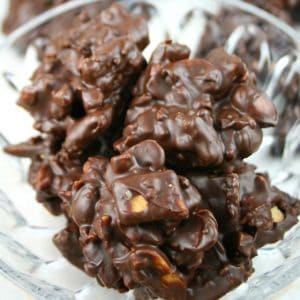