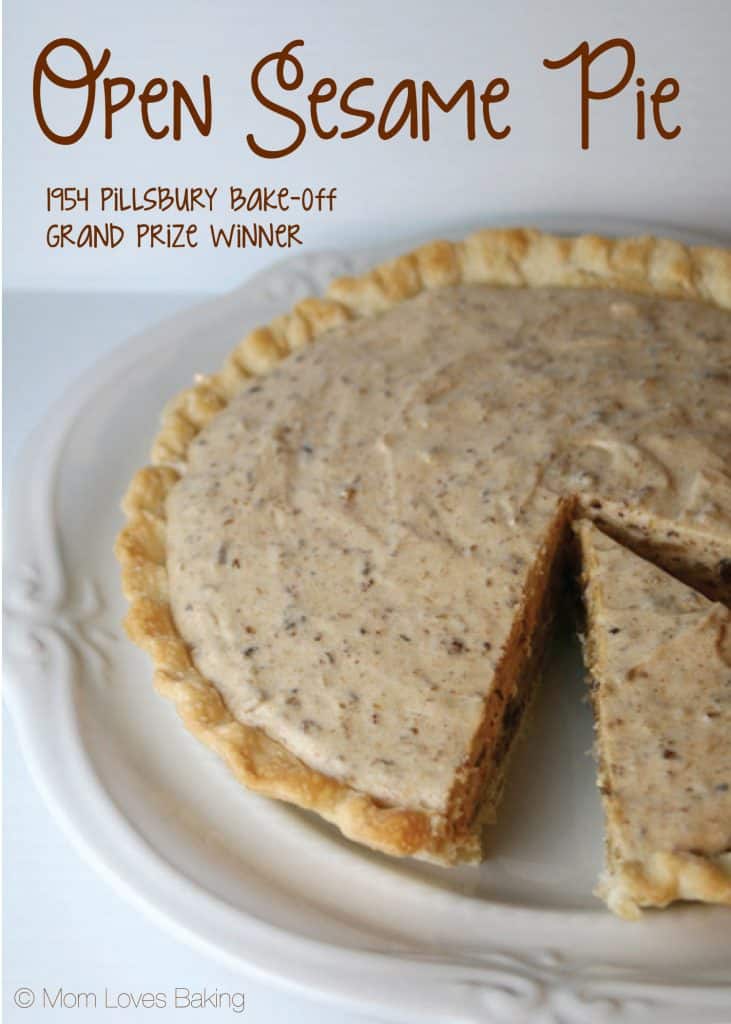 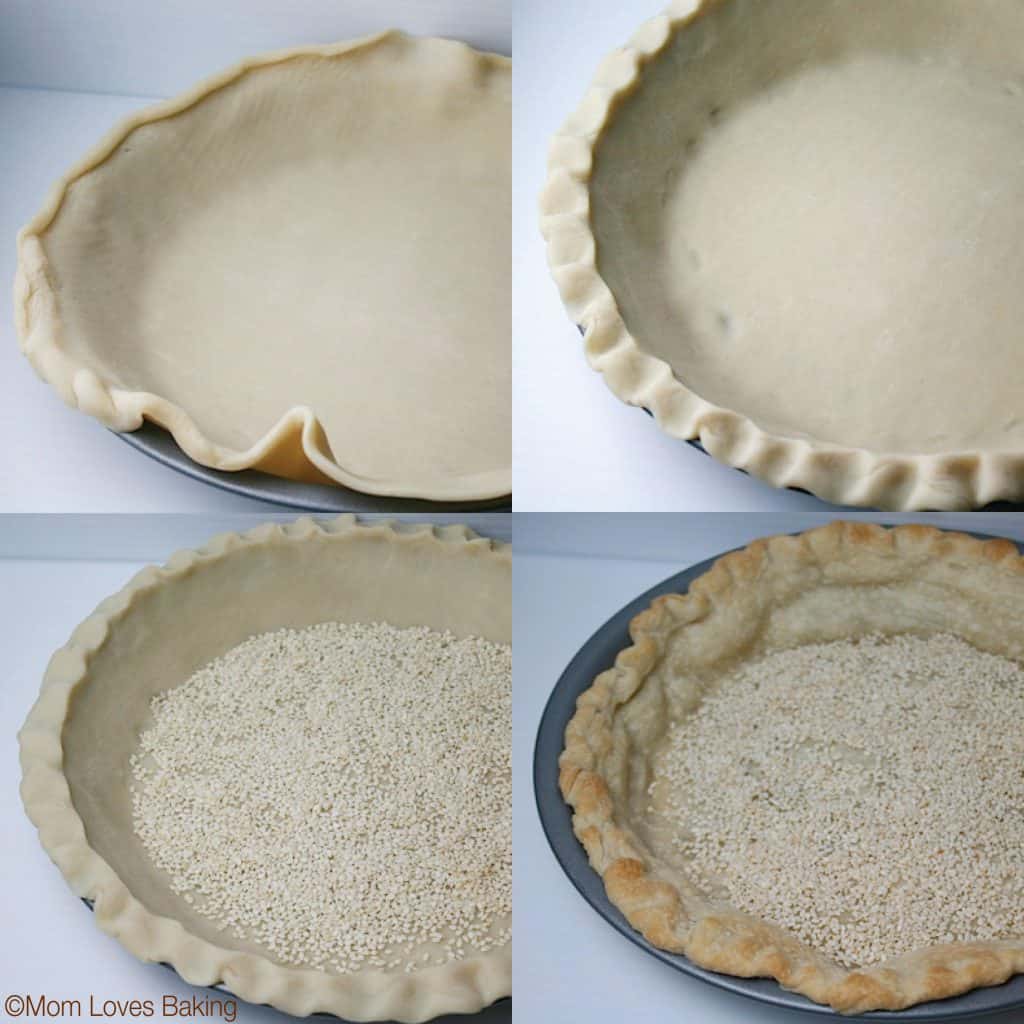 I have to admit that I wasn't very excited to make this pie. Among the ingredients are dates, whipping cream and gelatin. Although I do love dates, I've never thought of or wanted to combine them with cream and/or jello. But this is a baking project which contains every single grand prize winning recipe in the PIllsbury Bake-off, so here goes.

As shown above, place pie crust dough in pie plate, crimp edges, sprinkle with sesame seeds and bake. Let cool. (Looks like I should have let the crust hang over the edges a bit before baking to allow for shrinking.) I also should mention that the sesame seeds were supposed to be toasted first. I thought they would toast well enough during the baking process, but they could have been more golden brown.

Sprinkle 1 package of plain gelatin over ¼ cup water to soften. 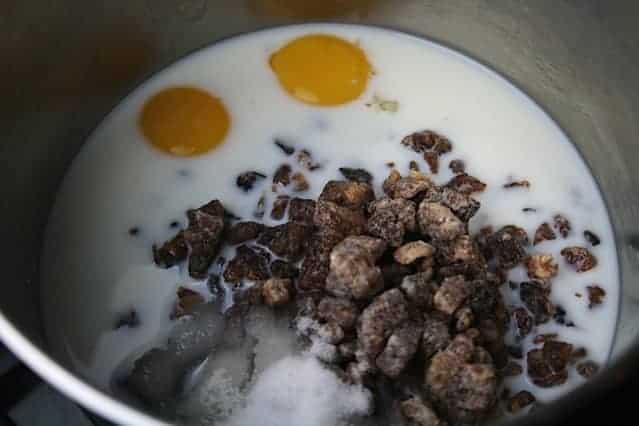 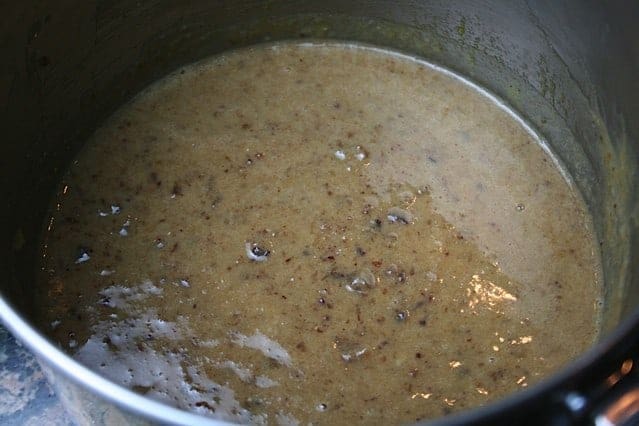 Add gelatin and vanilla after it's combined and thickened. Refrigerate.

While that's cooling, whip up some whipping cream and sugar. My favorite part! Who doesn't love fresh whipped cream? 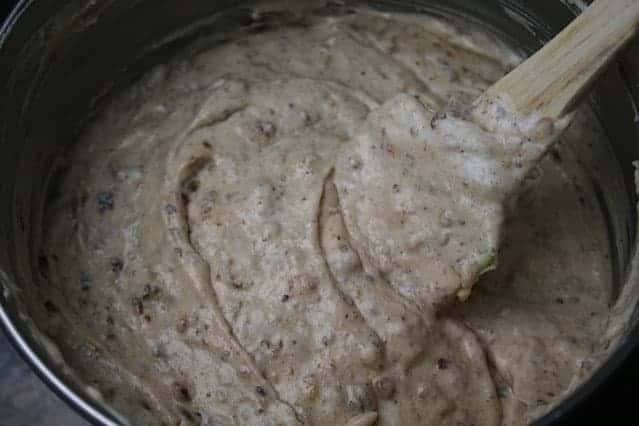 Once the date mixture is completely cooled, fold in the whipped cream. Then pour into baked crust. Sprinkle with nutmeg. Refrigerate until set. At least 2 hours. That's the problem with gelatin or pudding pies. You have to wait before you can taste them! So I suppose you're wondering. Was it worth the wait? 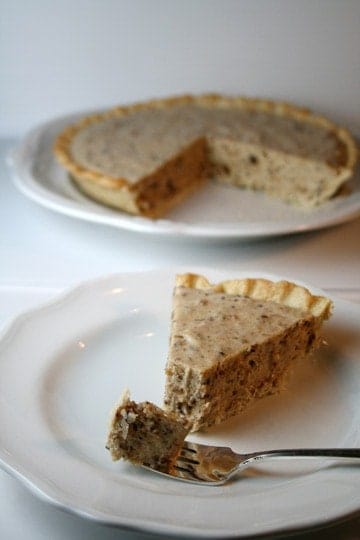 Even though I love dates, and whipping cream and gelatin pies, this is not my favorite. The sesame seeds give it an interesting crunch and added flavor, but still I must question how this won a baking contest. It's definitely a creative recipe, but I don't think I'll be making this one again. 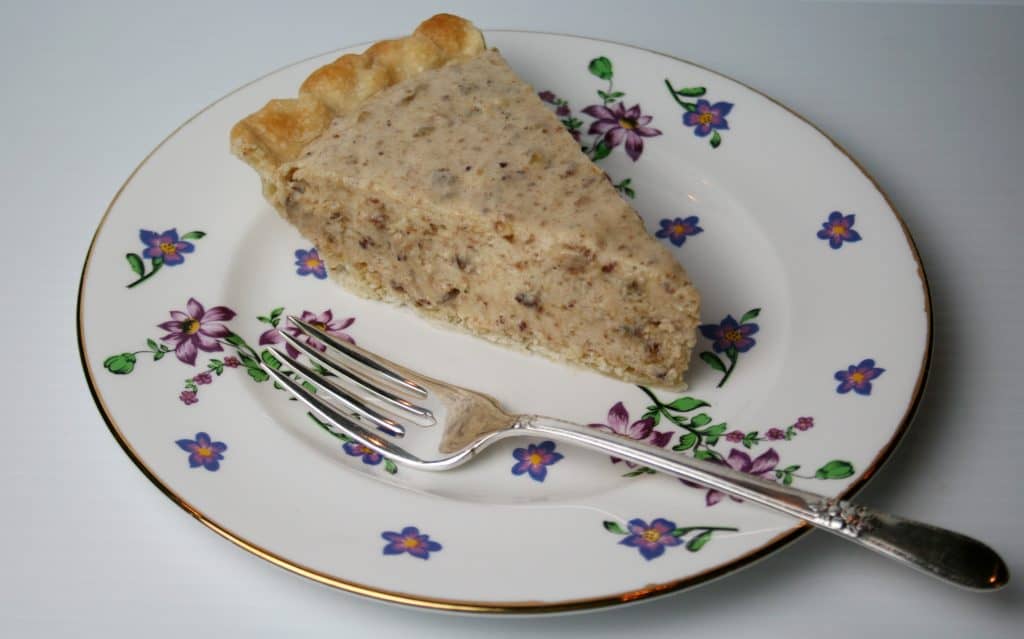 Isn't my plate pretty though? And I will still include the recipe just in case this type of pie is your cup of tea. Stay tuned for Recipe #7 - Ring-a-Lings.