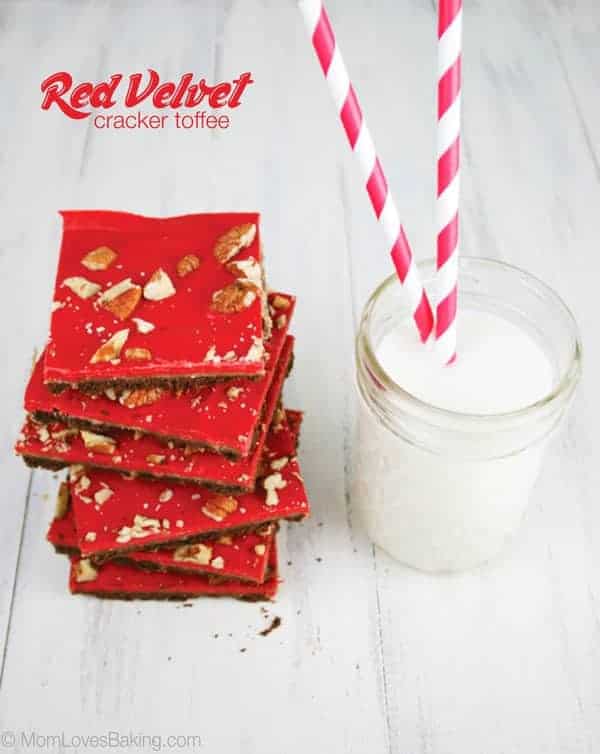 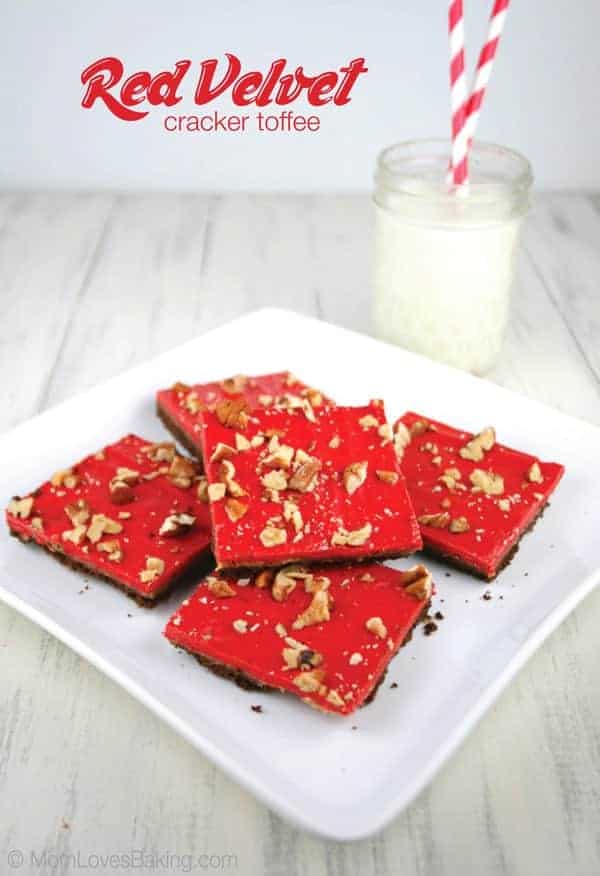 Cracker toffee is one of my favorite treats during the holidays. That's when I usually make it. I discovered it at a cookie swap I hosted about 5 years ago. The librarian from my daughter's school brought it. (Thanks, Mrs. Buerk.) It's saltine crackers covered with toffee and topped with melted chocolate. This is very similar except you use chocolate graham crackers instead of saltines and red candy melts instead of semi-sweet chocolate chips. Oh. So. Good! And quite addicting I must say. This version is just as yummy as the original, if not better! Crunchy toffee, chocolate grahams covered with creamy red "white" chocolate and topped with toasted pecans. Nuff said! 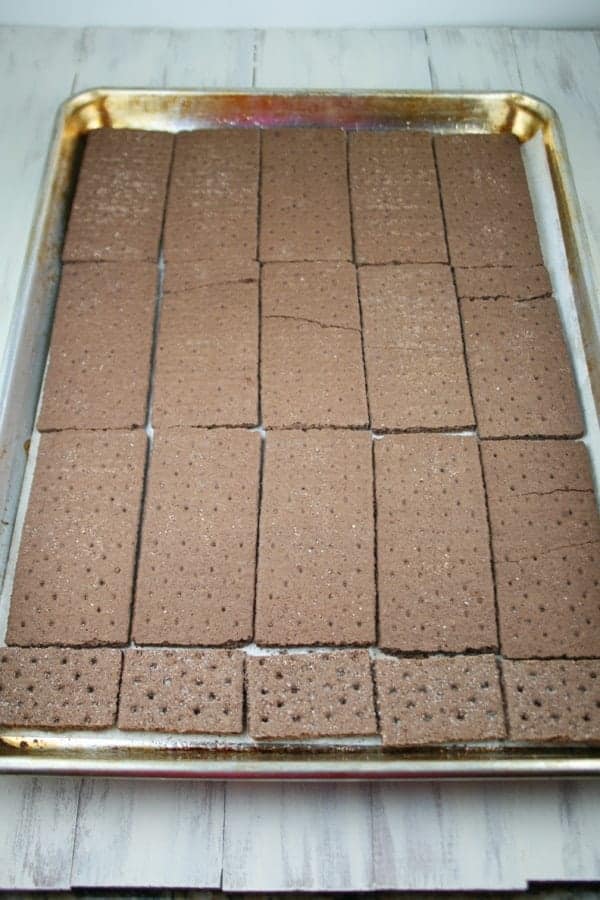 Start by lining a large (12" x 18") jelly roll pan with parchment paper and spraying with non-stick cooking spray. Line the pan with chocolate graham crackers. I used about 17 full sheets (65 crackers). Set aside. 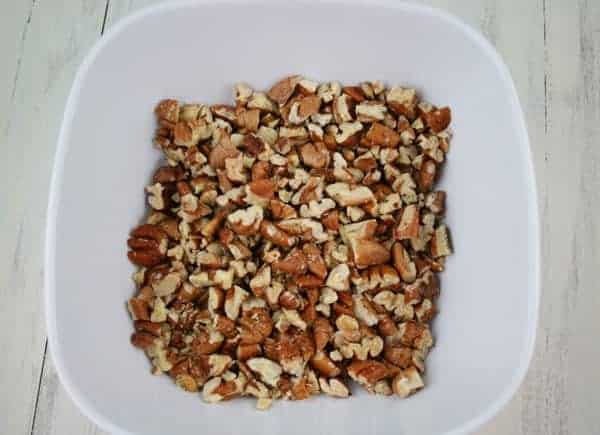 Preheat oven to 350°F. Place the chopped pecans on a large cookie sheet with an edge (so they don't slide off.) Spread them out so they're in one layer. Bake in oven for 5-8 minutes. DO NOT OVERBAKE. You have to watch them, so they won't burn. It's so amazing how pecans can go from good to out of this world in 6 or 7 minutes. Toasting the pecans is an extra step but SO worth it! Take them out of the oven, let cool and set aside. 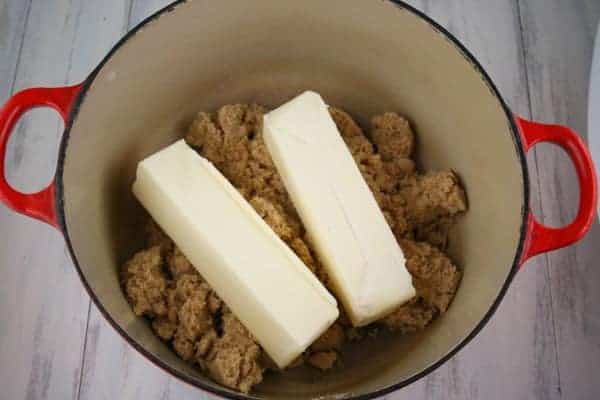 Meanwhile, place the butter and brown sugar in a heavy saucepan over medium high heat. Let it melt, stirring occasionally. Keep stirring as it heats and comes to a boil. Let it boil for 3 minutes or until it's a deep caramel color, stirring constantly. 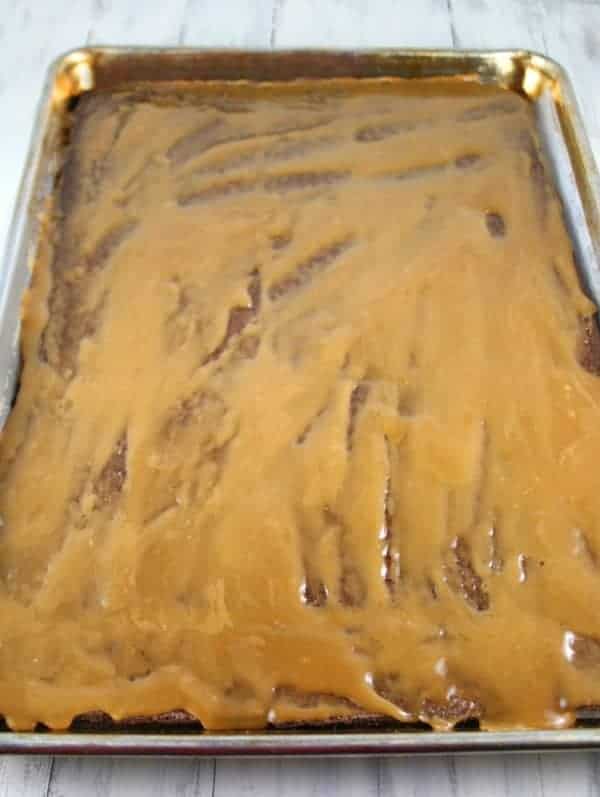 Once the toffee is ready, you have to work quickly. (That's why I couldn't get a photo of the finished toffee.) As soon as it's done, pour immediately over the crackers and spread quickly with a spatula until the crackers are completely covered. Place in a 400°F. oven and bake for 5 or 6 minutes. It will get bubbly. 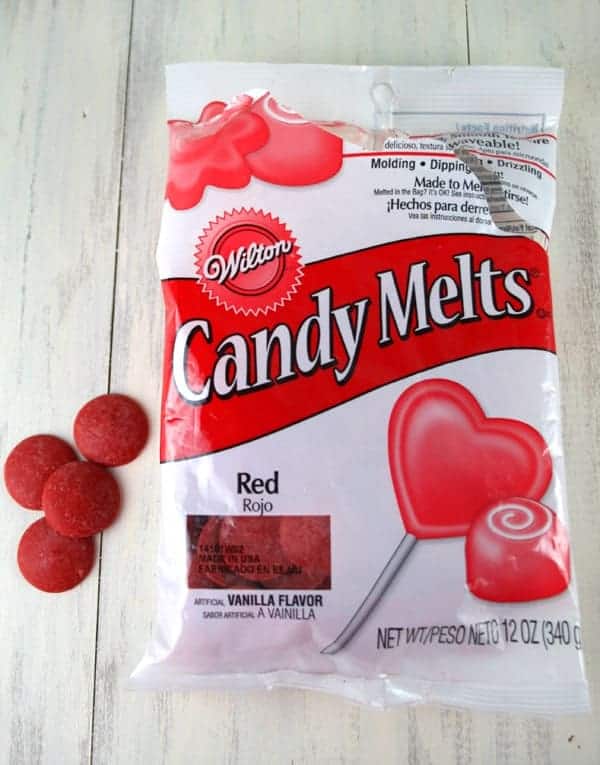 While the cracker toffee is baking, pour the candy melts in a microwave safe bowl. Microwave on high for 1 ½ to 2 minutes. Stir until completely smooth. 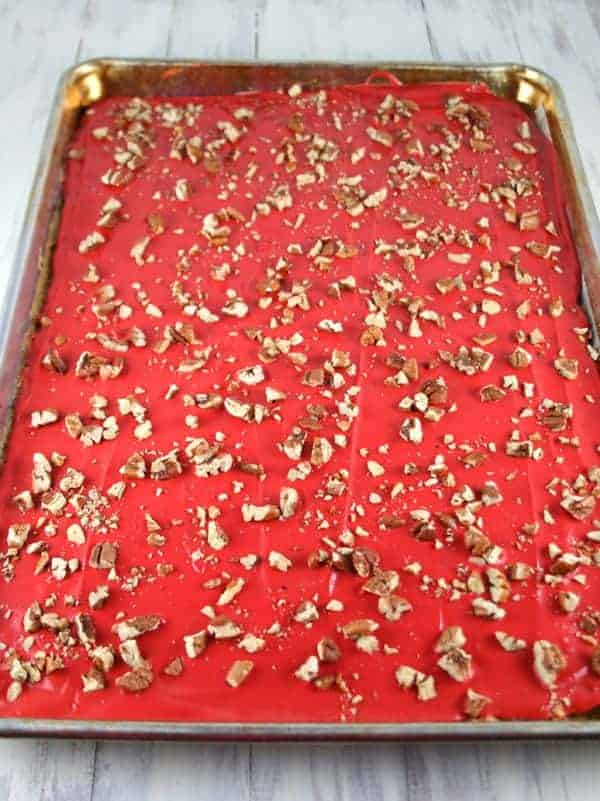 As soon as the cracker toffee comes out of the oven, pour the melted candy over it and spread immediately with a spatula until the toffee is completely covered. Sprinkle with toasted pecans. 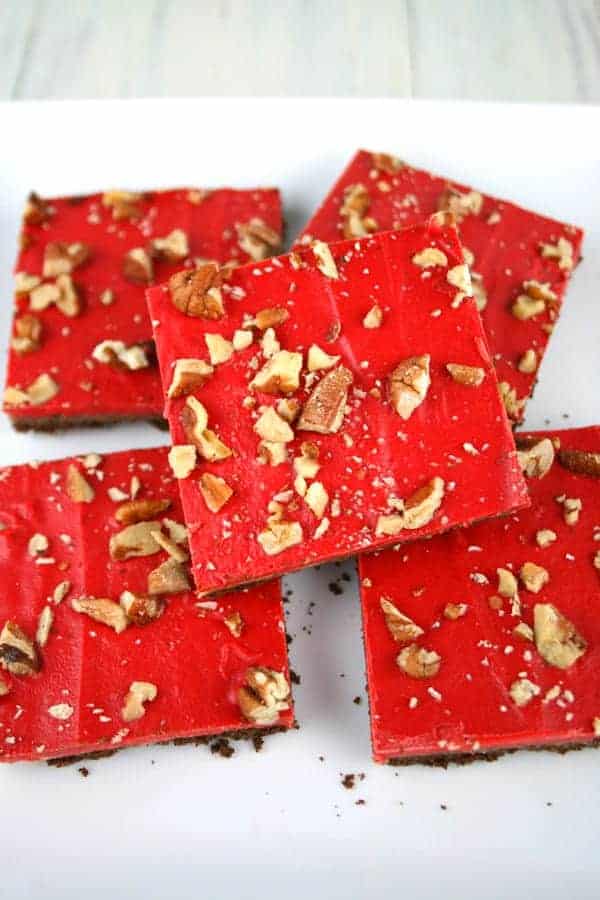 Let it cool completely, then slice it up. And watch it disappear. 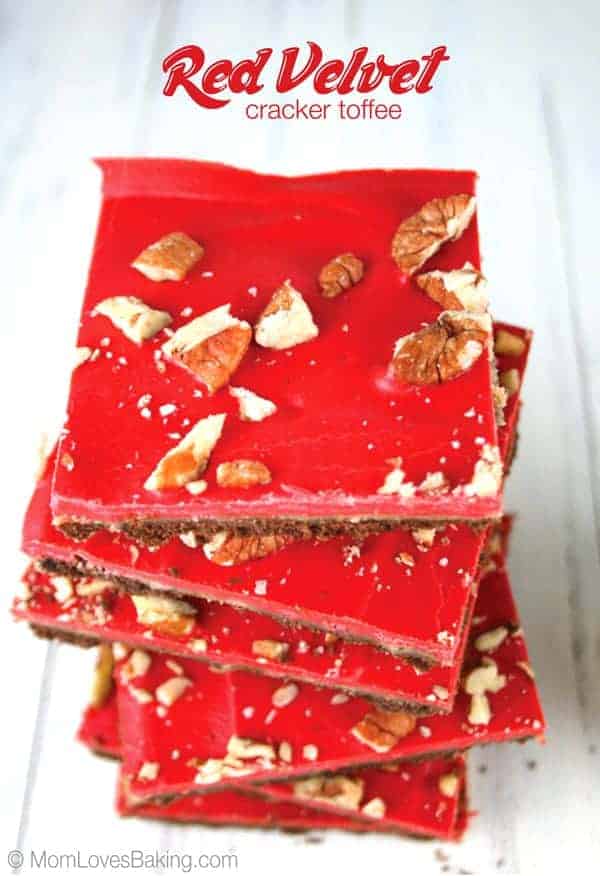 And there you have it. Red Velvet Cracker Toffee. A marriage made in heaven. It's oh so good! 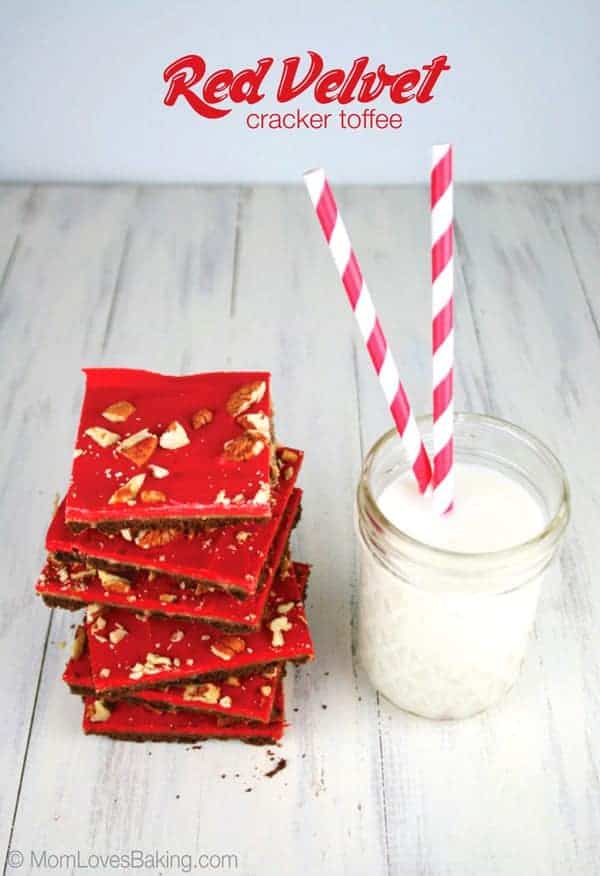 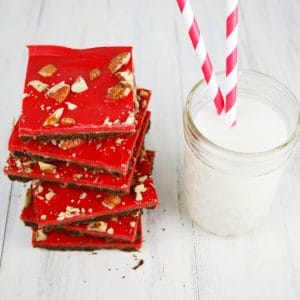 It’s not Christmas and it’s not Valentine’s, so why did I make this Red Velvet Cracker Toffee? Because I could! It doesn’t have to be a holiday to make something red velvet.
5 from 1 vote
Print Pin Rate
Course: Dessert
Cuisine: American
Prep Time: 15 minutes
Cook Time: 15 minutes
Total Time: 30 minutes
Servings: 60 squares
Calories: 104kcal
Author: Lise Sullivan Ode