Nana's Chicken and Gluten Free Dumplings is a delicious version of the classic recipe with gluten free dumplings that are also dairy free.

This recipe post is by Jane Scott (Lise's mom). 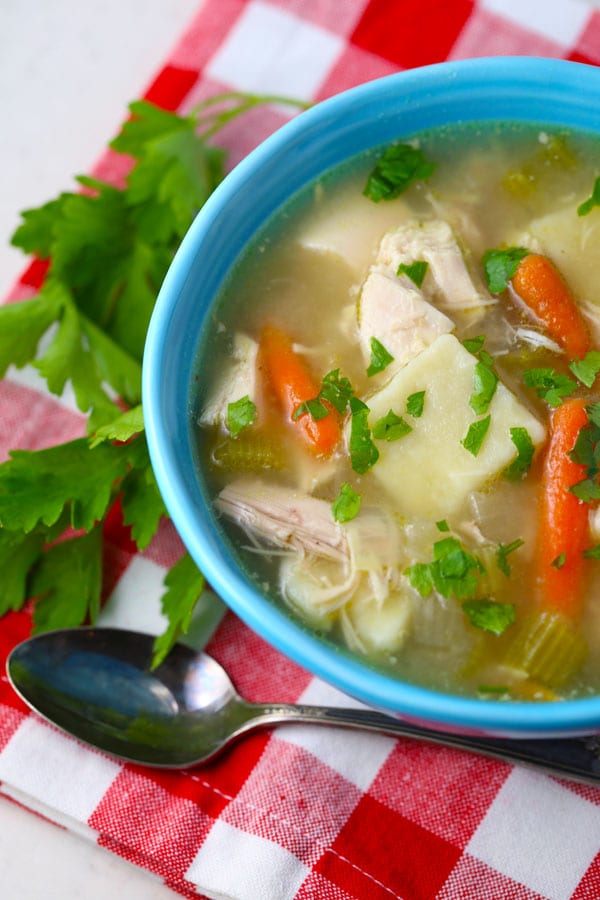 But I probably remember my Grandmother McGee’s dumplings best because my brother Larry and I lived with her one summer when we were six and seven. Grandmother Ammie lived in Hartford, Alabama and had a tiny kitchen with a metal Hoosier kitchen hutch where she rolled out her dumplings. She’d get my Granddaddy McGee to go out in the backyard to grab a chicken to prepare for the pot. 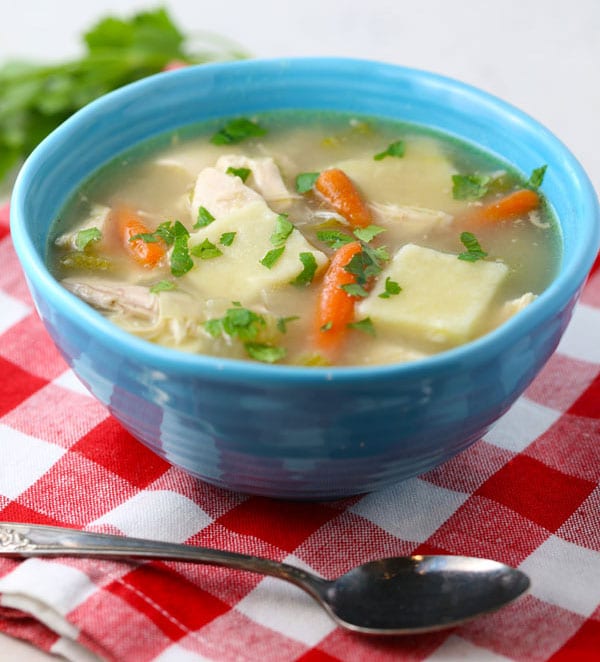 Granddaddy would ring the chicken’s neck, pull it’s feathers out and deliver it to Ammie’s kitchen sink to wash thoroughly before being added to the cooking pot. Both Grandparents had a barn, chickens, and a garden out back of their houses. Back then in small towns everybody had a barn.

We had a barn behind our house (in Ozark, Alabama) with chickens and eggs that we’d collect every morning along with a male cat named Queenie that’d keep the mice away. Grandfather Wells had a cow that he’d milk every morning before breakfast. I was too curious about that cow one day and cut my arm when I was four trying to climb the barbed wire fence to reach her. Still have a scar to remind me of that incident.

I asked my Cousin Nigel Wells if he remembered the cow’s name. He didn’t recall her name but he did remember the family story about how his Dad walked the cow from Daleville to Ozark for our Grandfather. He also remembered that the cow died after eating pear peelings that were thrown over the fence by a neighbor. Here’s my version of Mama Blanche’s Dumplings made without gluten or milk. 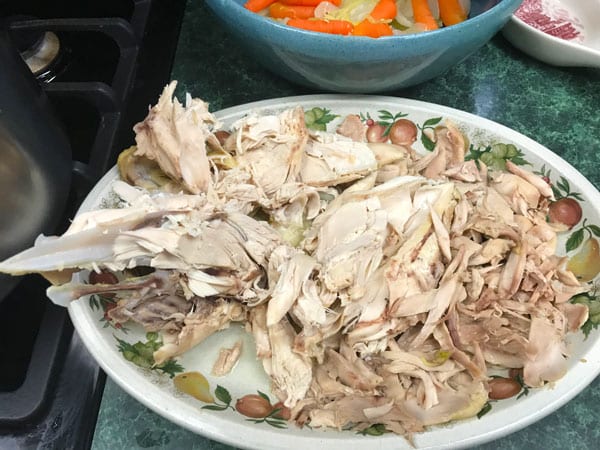 How to make Nana's Chicken and Gluten Free Dumplings

• Start by stewing a whole chicken in water with bouillon and seasonings.

• Stew chicken for 45 minutes (my chicken was about 3 pounds)

• Add carrots, onions, and celery, then stew for 15 more minutes.

• Remove chicken, let cool and separate meat from the bones. 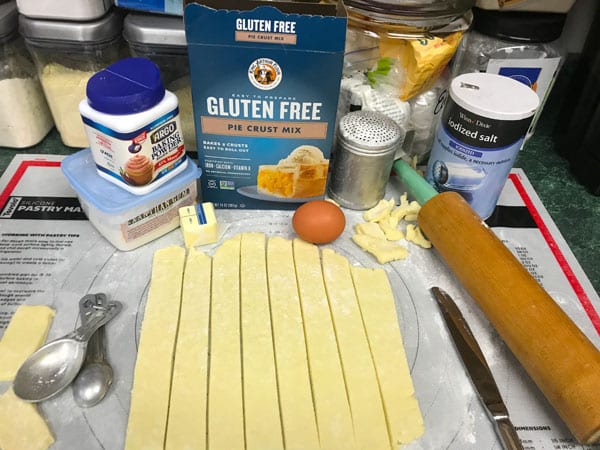 • Next, make the gluten free dumplings following the recipe below. 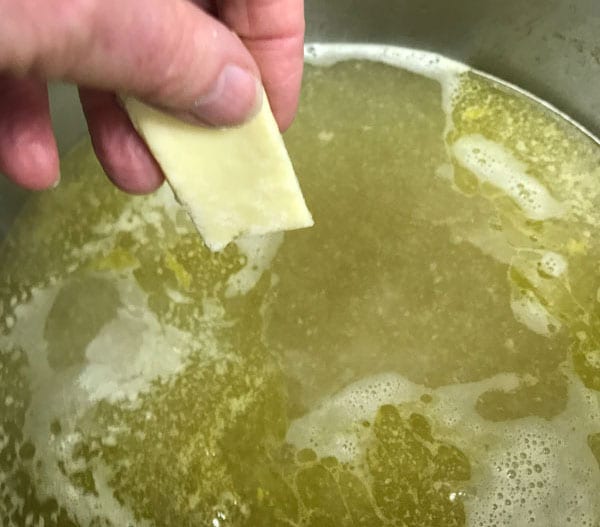 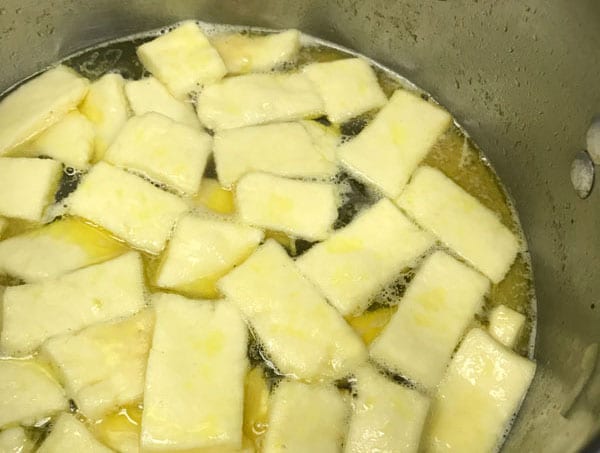 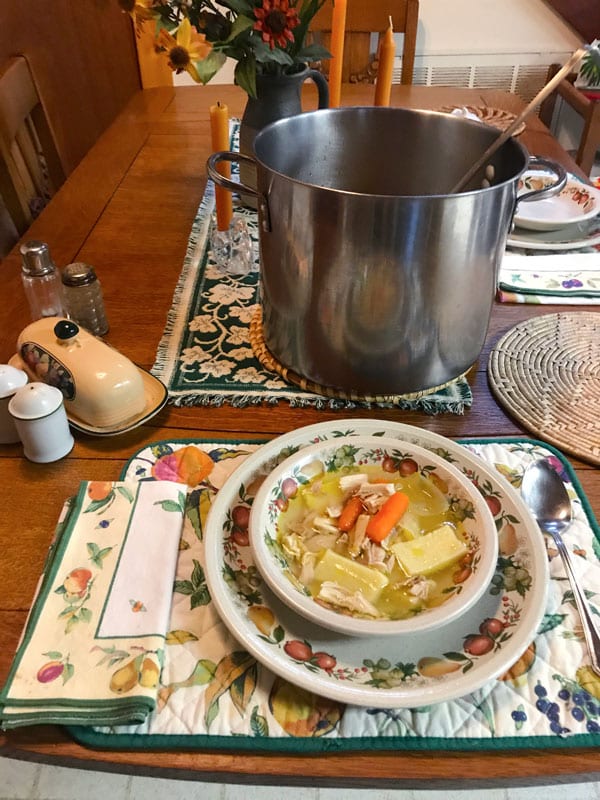 • Add the chicken and vegetables to the dumpling/broth mixture. It's ready to serve! 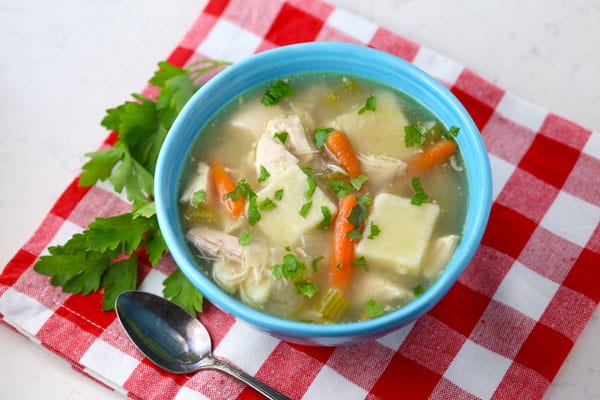 My daughter also made the recipe at her home. Her family loved it and she took some photos as well. 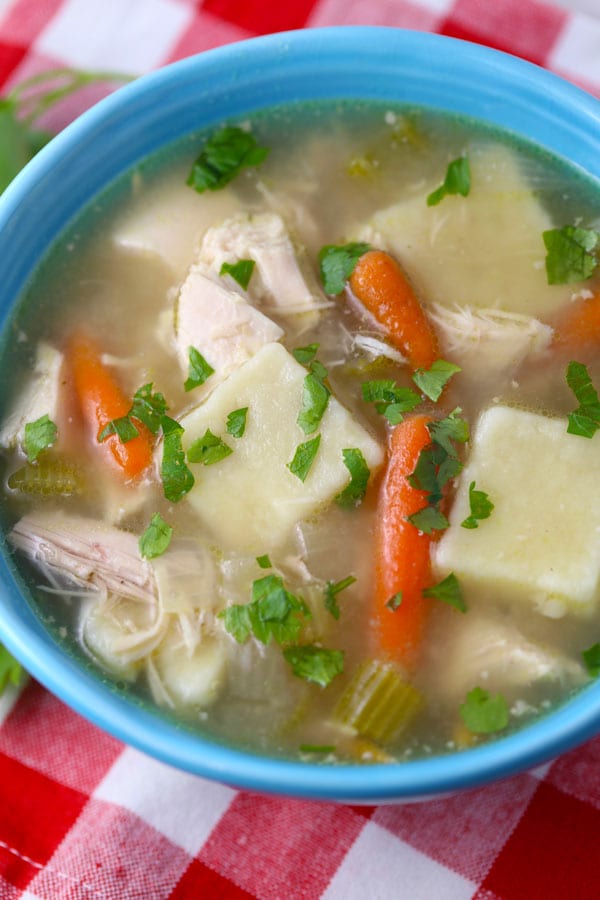 Here's her batch of Nana's Chicken and Gluten Free Dumplings.

DON'T FORGET TO PIN IT, SO YOU DON'T LOSE IT! 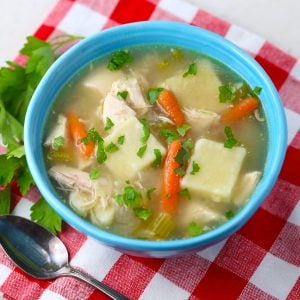 For the stewed chicken

For the stewed chicken

Mix as for biscuits. Knead on floured surface until right consistency to roll out. Roll into a ball and let sit. Roll out to ¼ inch on a floured surface and cut into strips about 1” x 2” long. Drop into boiling stew. Use additional flour as needed.

Get my 5 addictive pumpkin recipes that go beyond the pie.