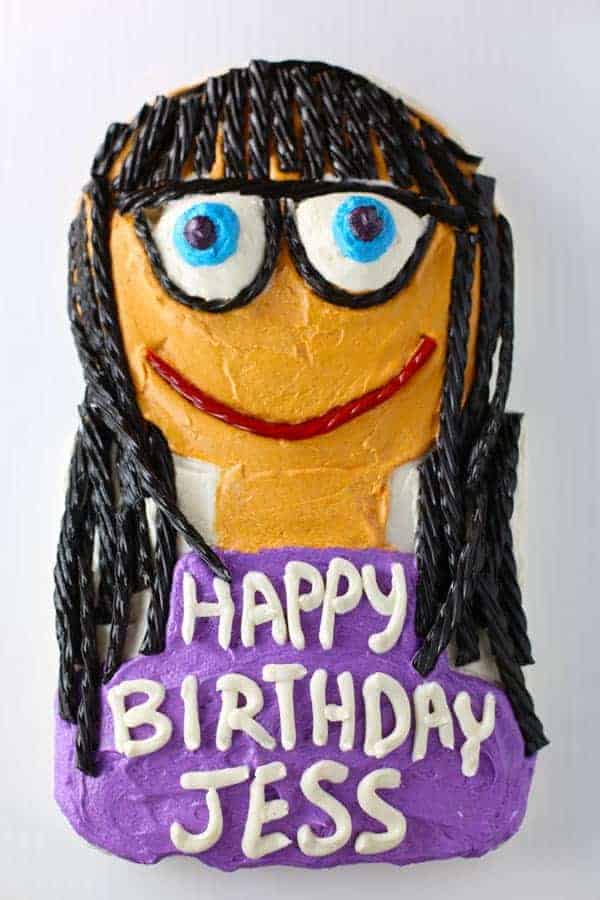 I have a confession to make. I might be slightly obsessed with a tv show. It's called New Girl on FOX. Have you ever heard of it? It's a sitcom about a 30 something single girl that moves in with 3 guy roommates. It is currently in the sixth season. The other five seasons are available to watch on Netflix, so I've watched all of the Netflix episodes several times. It's just a good show, ok? It's funny and of course there's a love story too. Zooey Deschanel plays Jess aka the New Girl. She's quirky and cute, has the most gorgeous hair and the coolest retro/vintage wardrobe. As Max Greenfield's character, Schmidt, describes her, "she looks like a drawing of a best friend that an 8 year old would make." I love that line! I even have a Pinterest board dedicated to Zooey Deschanel's style. Check it out! (Total fan girl.)

Now for the sad part. The show is coming to an end and the final episode will air this Tuesday. As far as I know, Fox has not renewed them for a seventh season. Hopefully I'm wrong about that, but since it might be the last New Girl episode ever, I thought it would be fun to make Jessica Day's Birthday Cake! 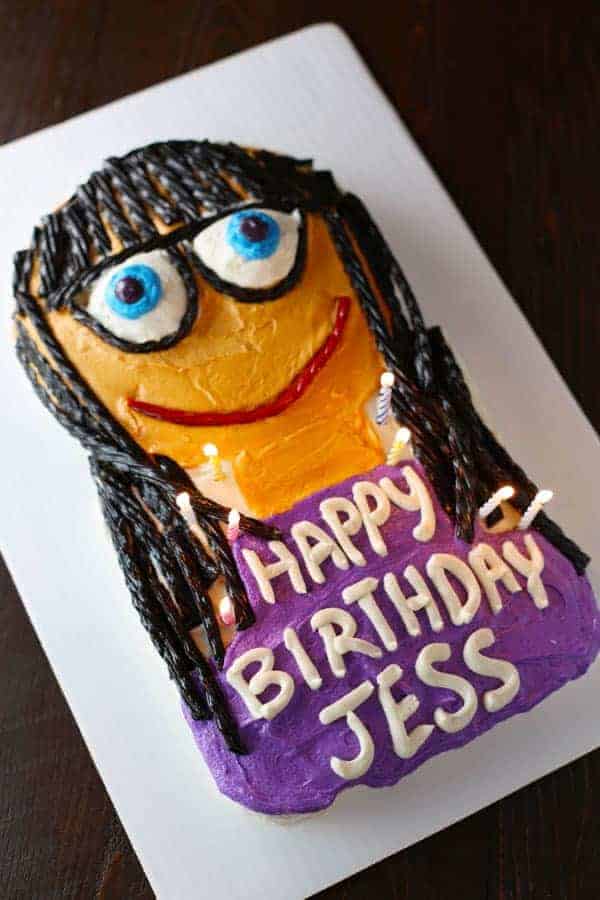 They actually had a cake very much like this one on the show. It was the episode where her boyfriend, Nick (Jake Johnson), throws her a surprise party and her roommates make her this adorable cake that looks like her with the glasses, big blue eyes and dark hair. They even show the guys, Winston (Lamorne Morris) and Coach (Daman Wayans Jr.), in the kitchen baking the cake with aprons on and flour going everywhere. They have a competition to see who can make the best cake. It's hilarious to watch the two unskilled, male bakers working in the kitchen while they move between the kitchen island and oven, bumping into each other every time saying, "behind!" It's a great scene to watch for anyone that loves baking. At the end of the episode, they bring out the cake and sing Happy Birthday. So sweet!

Here's the cake from the show. How did I do? Not bad, right?

This cake was really a lot of fun to make. It was supposed to have been made by two guys that never bake, so it was purposely sort of messy with the look of a child's drawing of a girl. So I wasn't worried about making it too perfect (which is not like me). 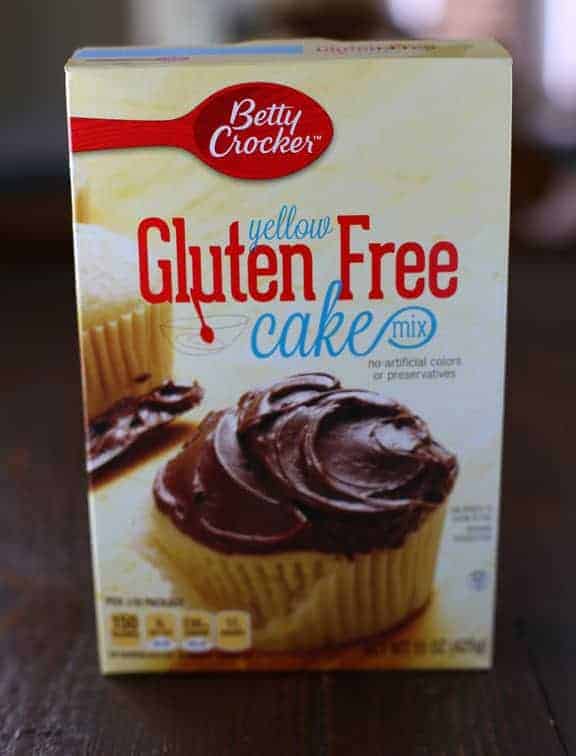 I used this gluten free cake mix because it's what I had in my pantry and I also just happen to like it! 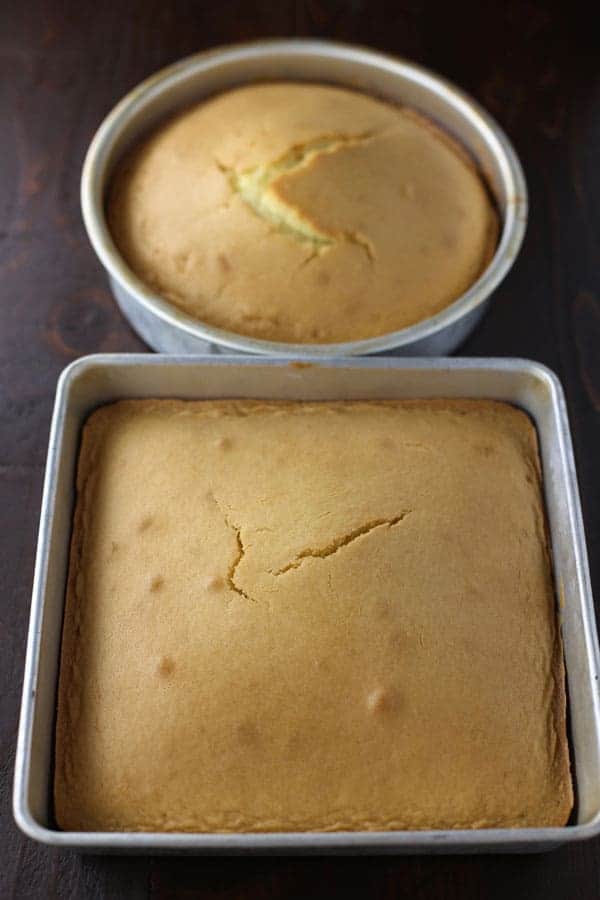 I prepared two cake mixes according to the package instructions and poured the batter into two greased pans. One square pan and a round pan. I let them cool after baking the cakes. 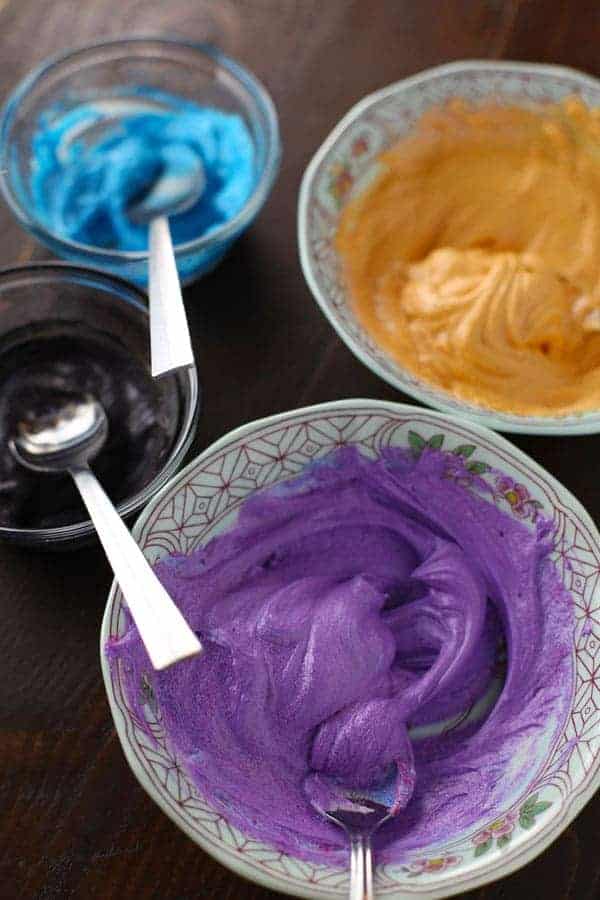 Then I made a batch of buttercream frosting and colored some of it.

I frosted the whole cake in white, then came back and added the colored icing. I added black licorice for hair and one piece of red licorice for her smile. 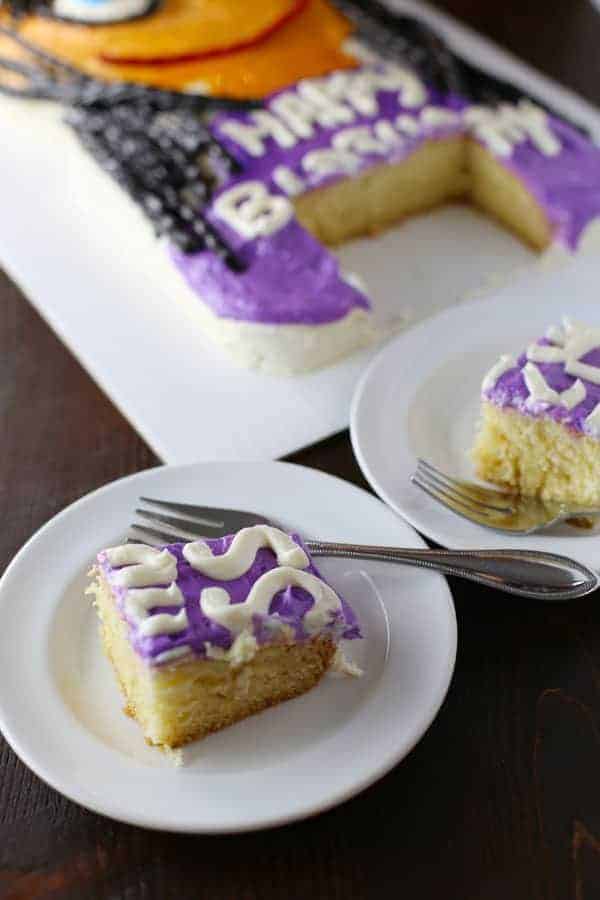 This isn't the first time I've been obsessed with a tv show. When I was in middle school, I loved the Bionic Woman and was totally obsessed with Lindsay Wagner. I thought she was so beautiful and had the coolest job. I wanted to be her. I watched every show that I could, but back then, I had to wait for it to come on television. I didn't have the luxury of streaming it on Netflix any time I wanted. I also thought Olivia Newton John was the greatest. I wished that I could sing like her. Then, in college, I became obsessed with The Who. Roger Daltrey was my favorite and I was crazy about all things British. I even did a semester in college in London. It was a wonderful experience!

Have you ever seen New Girl? Are you hoping they will renew the show for Season 7? If so, let them know on social media. You can find them on Twitter or Facebook.

UPDATE: The show has been renewed for a 7th Season with 8 episodes. Yay! So excited! 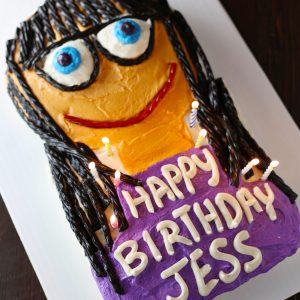