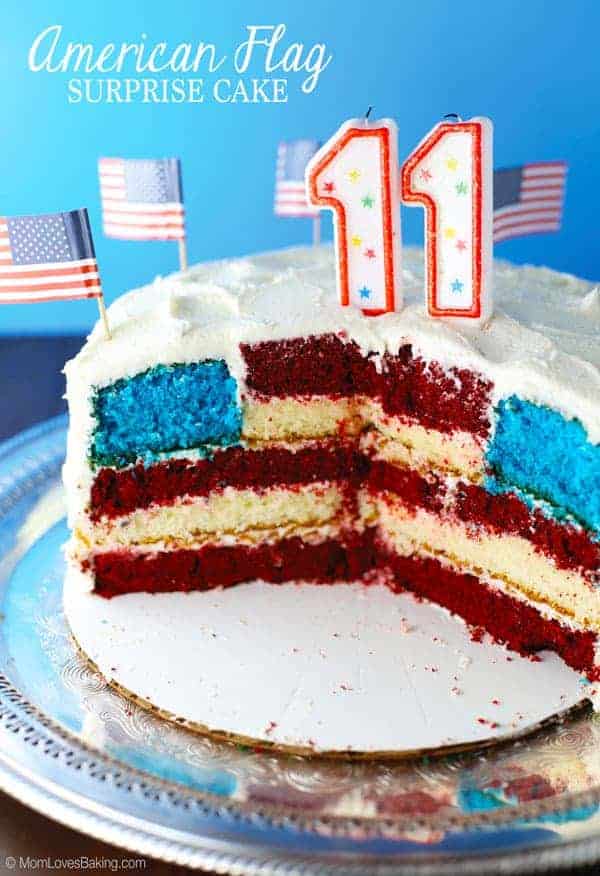 My son LOVES flags and he especially loves the American Flag. When I asked him what kind of cake he wanted for his birthday party, of course he said, "I want a flag cake." Then I said, instead of having a flag on top of the cake, how about having a flag INSIDE the cake. He LOVED the idea!

Have you ever made a "surprise" cake? It's so much fun to serve one at a party, especially when your guests have no idea what's hidden inside. At my son's party, as I'm about to cut into the cake, he said, "WAIT FOR IT, WAIT FOR IT!" As I sliced into the American Flag Surprise Cake, I got lots of OOHs and AAHs from the boys as I revealed the colorful flag! 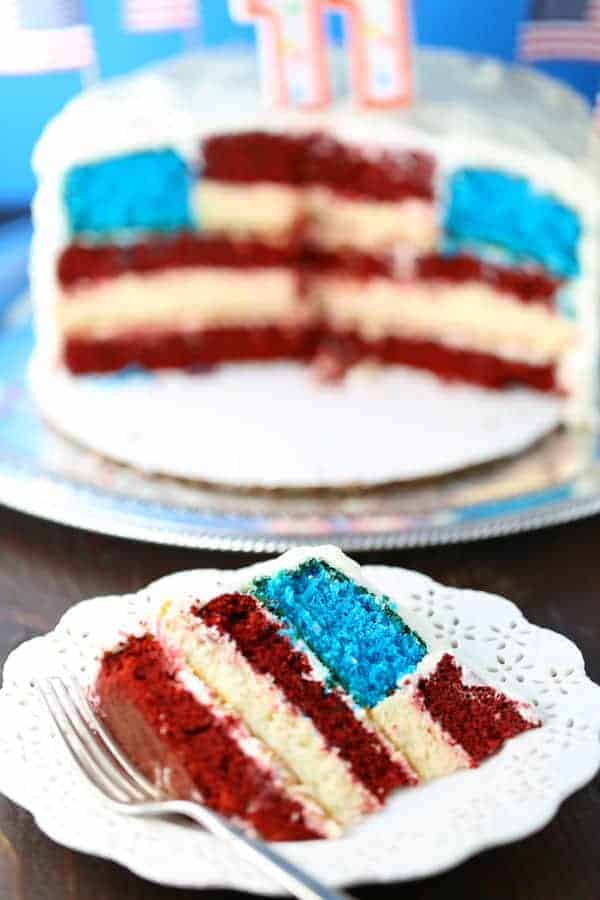 And this American Flag Surprise Cake really isn't hard to make. I've never made a flag cake myself and I had to do it in a hurry and under pressure.

On the day of my son's party (last Friday), I had a lot going on. Let me just say, my day didn't go as expected. My plan was to have all day to make the cake and prepare for the party while the kids were at school. Well that didn't happen. Long story short, I didn't start making the cake until AFTER the guests came and didn't finish it until about 8 pm. This was fine with the nine little boys that I had at my house though. They were happy to eat it, even if it was a little late!

To make the American Flag Surprise Cake, I used a homemade cake batter for the white and blue layers. Then I used a box mix for the red velvet layer (I was in a hurry).

You will need three 9-inch round cake pans that are at least 1 ½ inches deep to make this cake. I actually didn't have three of them, so I used a 9-inch springform pan for the third layer. It worked great!

I lined each pan with parchment paper circles which I cut to fit the pan. I also sprayed the pans with non-stick cooking spray before and after placing the parchment circles. 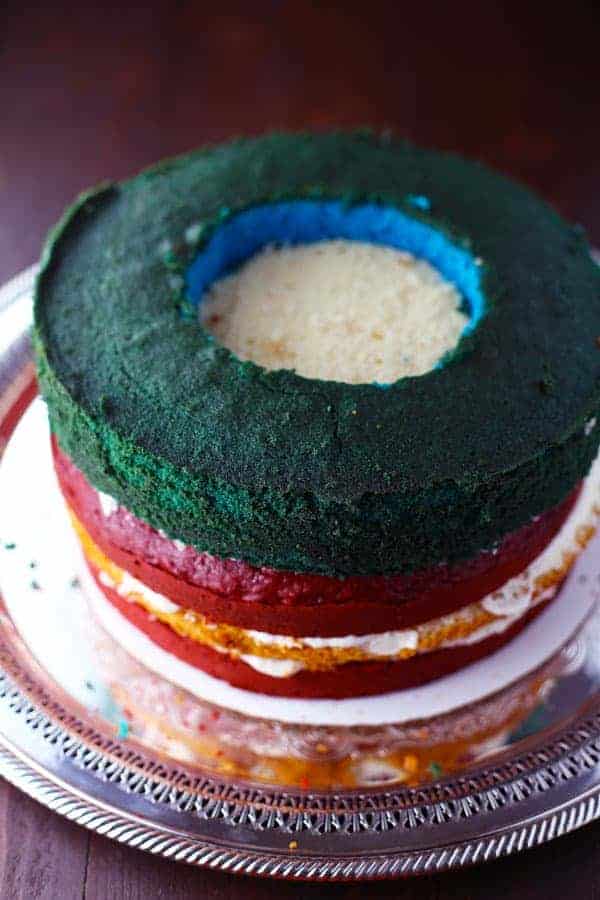 I baked all three layers on the same rack in a 350°F. oven for about 45 minutes.

Meanwhile, I made the buttercream frosting (recipe follows).

How to assemble the American Flag Surprise Cake:

Step 1 - place one red layer on a cake plate. Spread with frosting.

Step 2 - place one white layer on top or red layer. Spread with frosting.

Step 4 -  place blue layer (with the hole in the middle) on top of red layer.

Step 5 - cut a circle out of the middle of the remaining white and red layers using a 4-inch bowl as a guide.

Step 6 - place a small white circle inside blue layer. Spread with frosting, then add the small red circle on top. 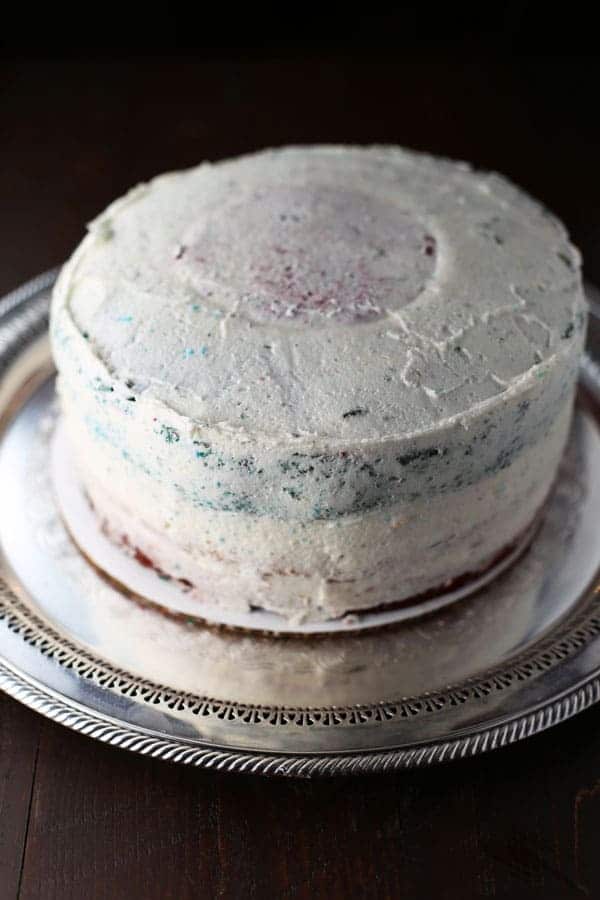 Frost the entire cake with a thin layer of frosting called a crumb coat. 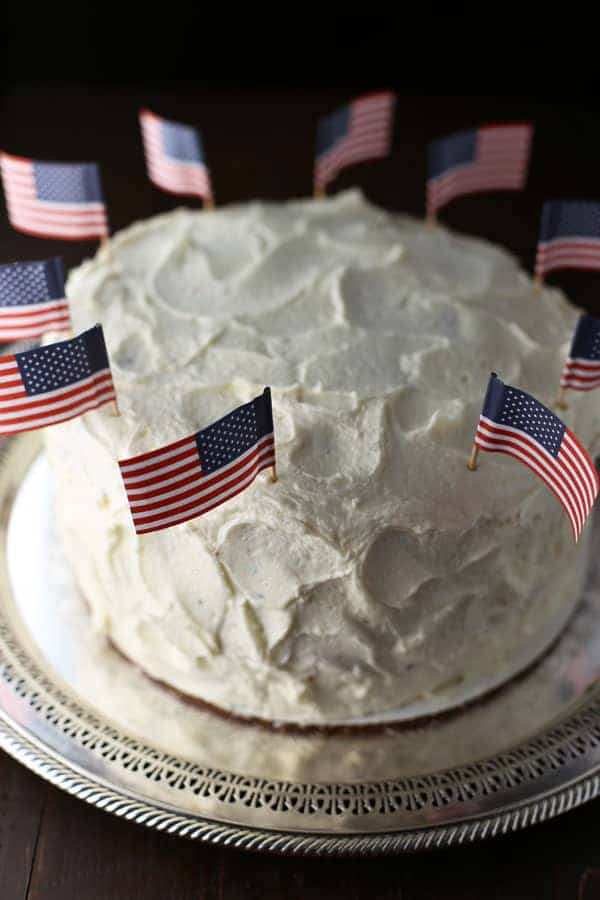 Frost the entire cake with the remaining frosting. Add toothpick flags on top for decoration and candles, if it's a birthday cake. 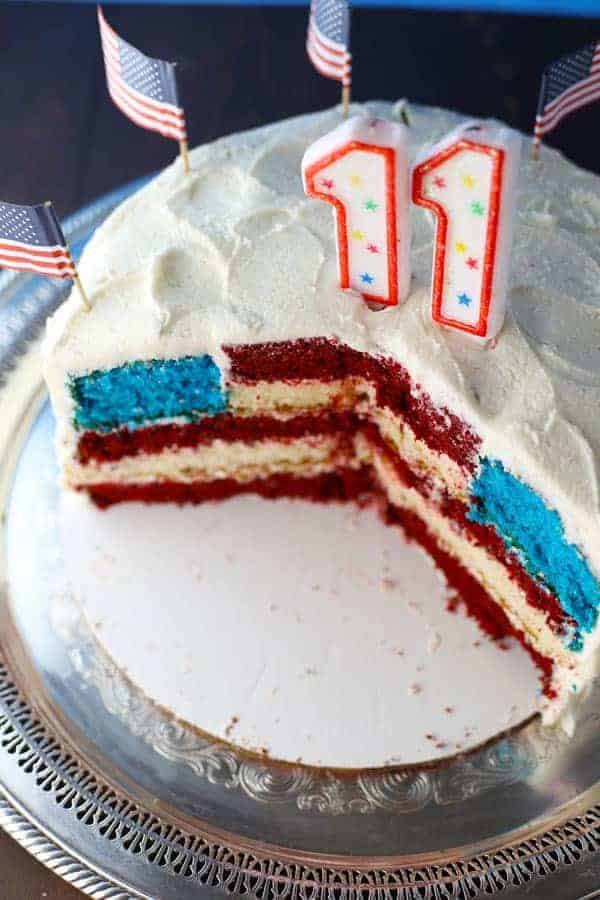 This American Flag Surprise Cake would also be great for any patriotic holiday like Memorial Day or the Fourth of July! 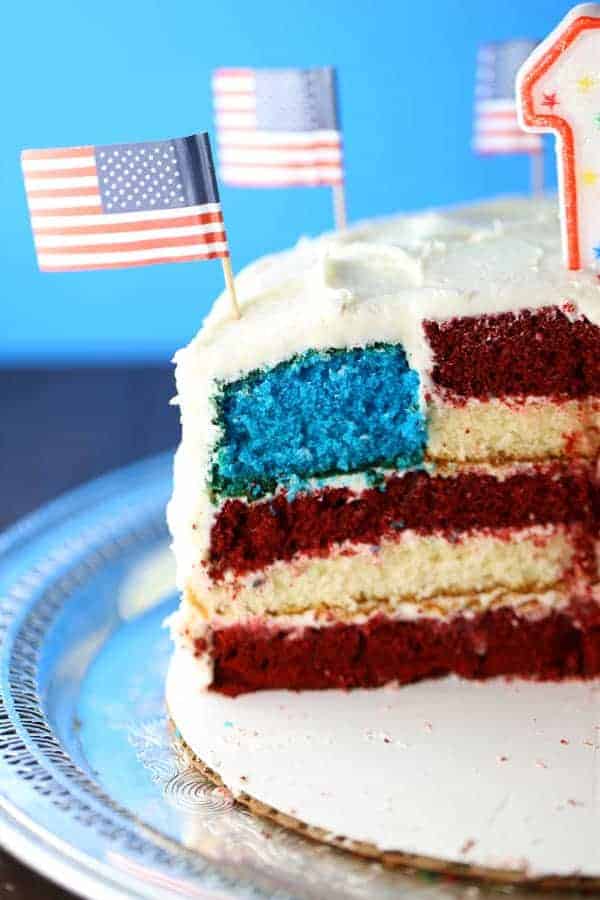 Cutting into the cake is the best part! 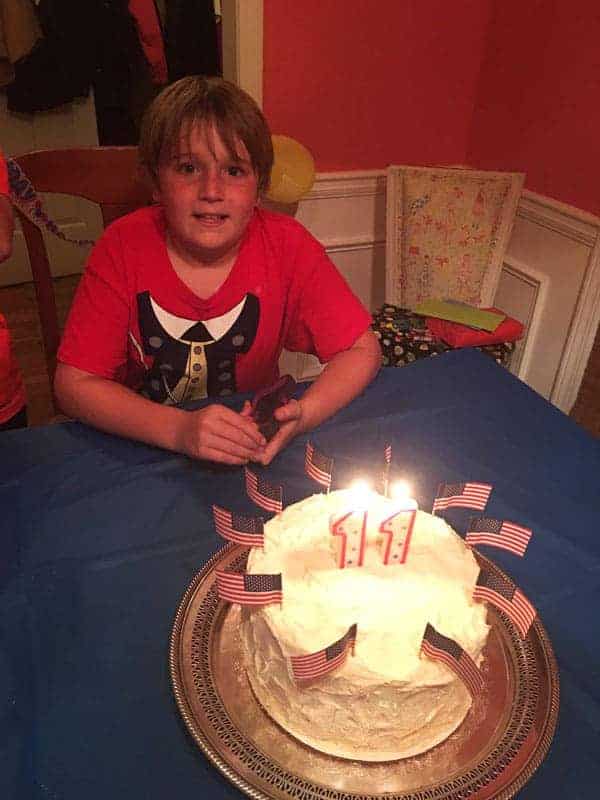 And here's my birthday boy. I can't believe he's already 11! Why do they grow up so fast! 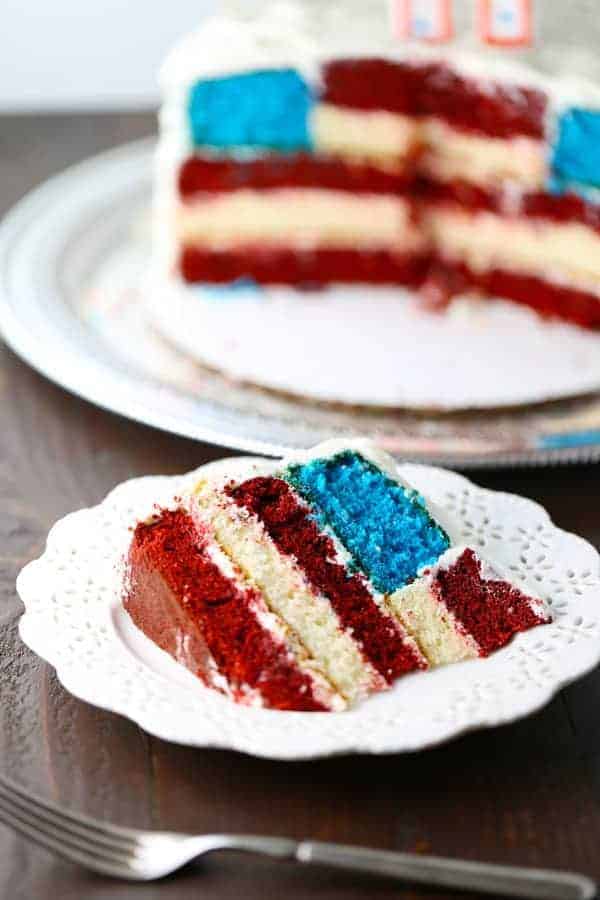 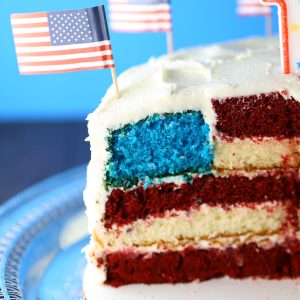 For the buttercream frosting:

How to assemble the American Flag Surprise Cake: