Easy Marshmallow Snowman Cupcakes are chocolate cupcakes with vanilla frosting, decorated to look like the cutest little snowmen with a marshmallow head and fruit roll-up scarf. 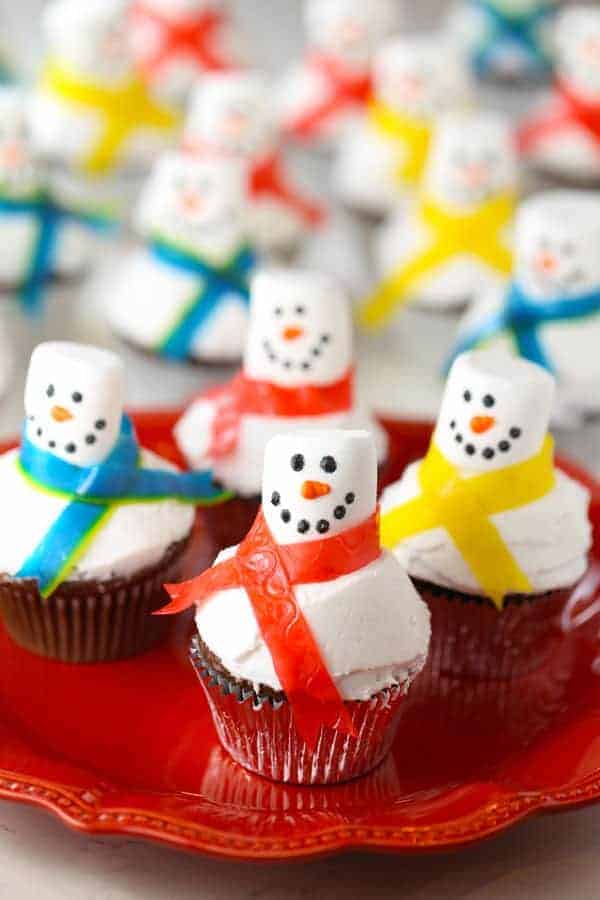 Years ago, in early December, we hung the lights outside and our son who was just four at the time came running out of the house with so much excitement, yelling, "it's Christmas time, it's Christmas time!!!" I'll never forget that! It truly is an exciting time of year for children and one of my all time favorite decorations for the holiday is a snowman. Maybe it's because I grew up in Florida and it never snowed where I lived. But luckily, you don't need snow to make these adorable Snowman Cupcakes! 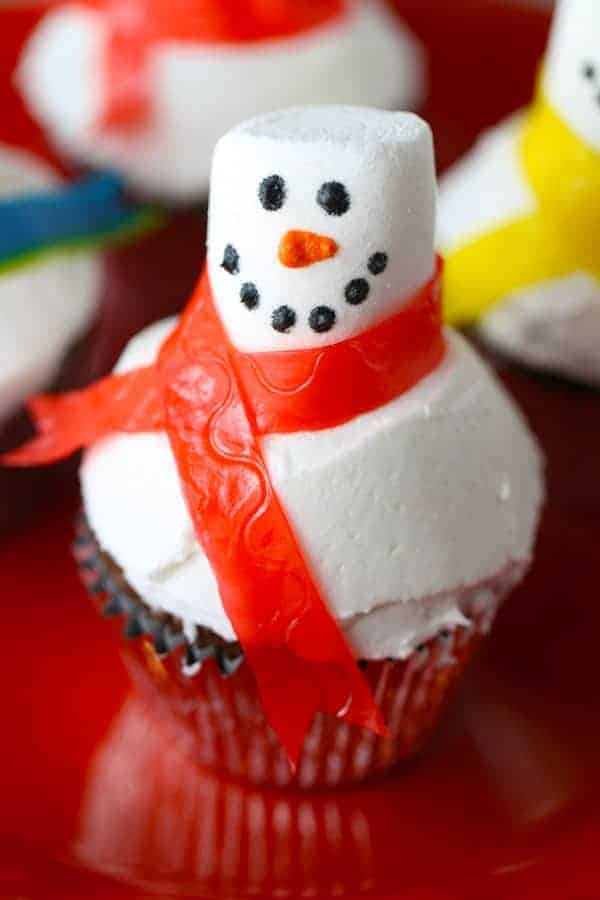 Need a nifty Christmas craft for the kids during the break? Get them to make these Easy Marshmallow Snowman Cupcakes! They're super simple to make and it will give them something to do that's not on a hand held electronic device! Can I get an amen on that?! And what's more fun than a craft you can EAT when you're done! 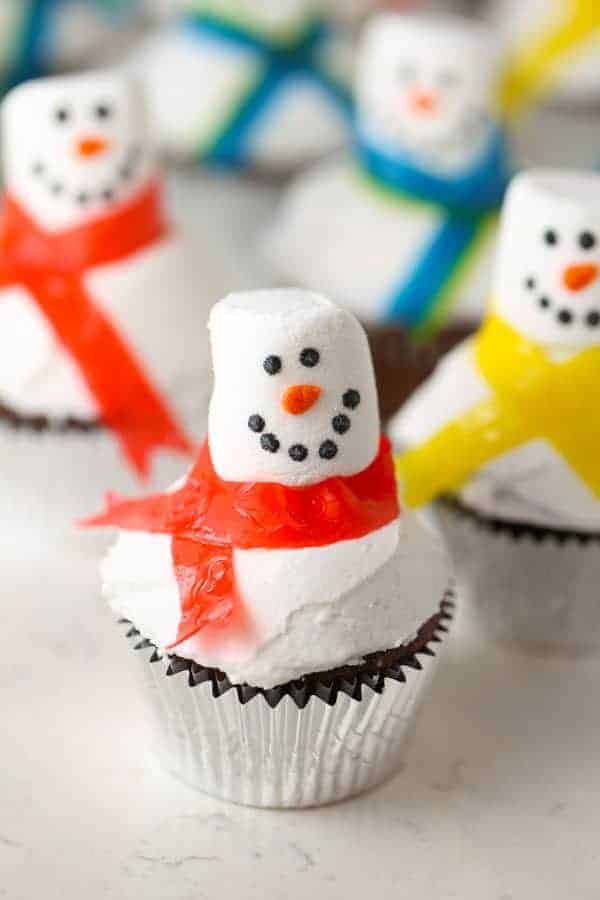 Once they're done, send them outside to build a real snowman or if you're in the South, hide and seek! I just love to see the kids playing outside for some good old fashioned play time (not the kind that involves staring at a screen). 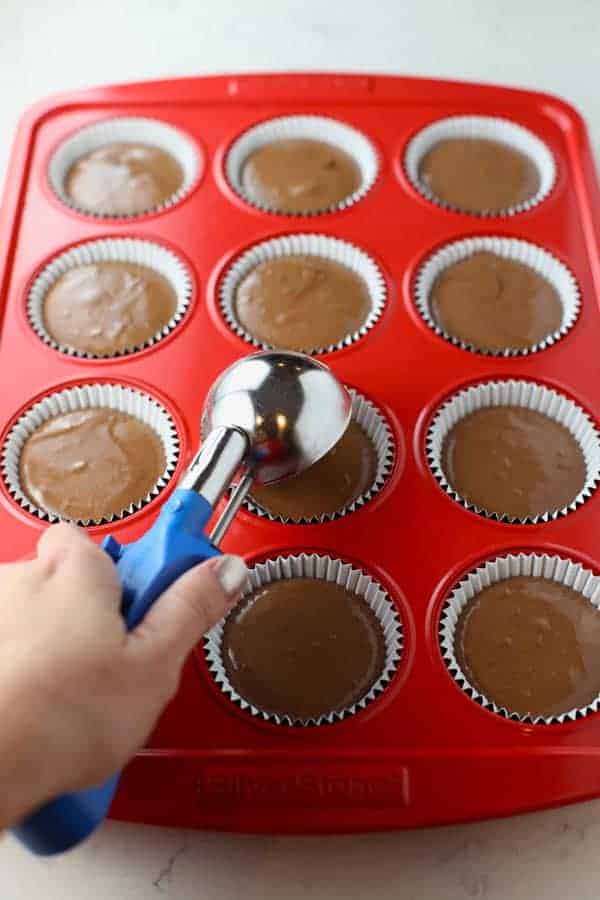 Before you set the kids up with their edible snowman project, you can do the prep work. Simply use your favorite cake mix, prepared according to package instructions. Pour into muffin pans lined with cupcake liners. Bake according to package instructions. I used a Pillsbury chocolate cake mix that made 20 cupcakes which I baked at 350°F. for about 23 minutes. Let them cool. 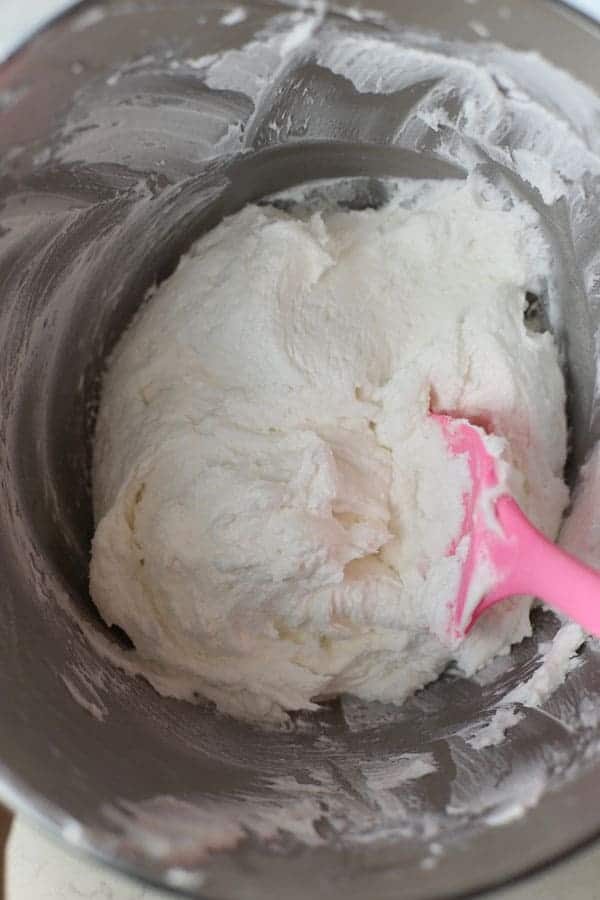 Meanwhile, make the frosting. Years ago, I read a great cookbook called The Cake Mix Doctor by Anne Byrne. I can still "hear" her saying something like this, "there's no shame in using a cake mix, as long as you make HOMEMADE frosting. Homemade frosting is a MUST!" Well said, Anne.

Here's the book, if you wanted to see what I'm talking about. It's on Amazon:

I wanted my frosting to be pure white, so I used Crisco vegetable shortening, but you could use butter if you wanted to. I beat it for 3 minutes with an electric mixer, then gradually added powdered sugar, milk and vanilla with the mixer on low. Once combined, turn it up to medium and beat for another 3 minutes. See full recipe below. 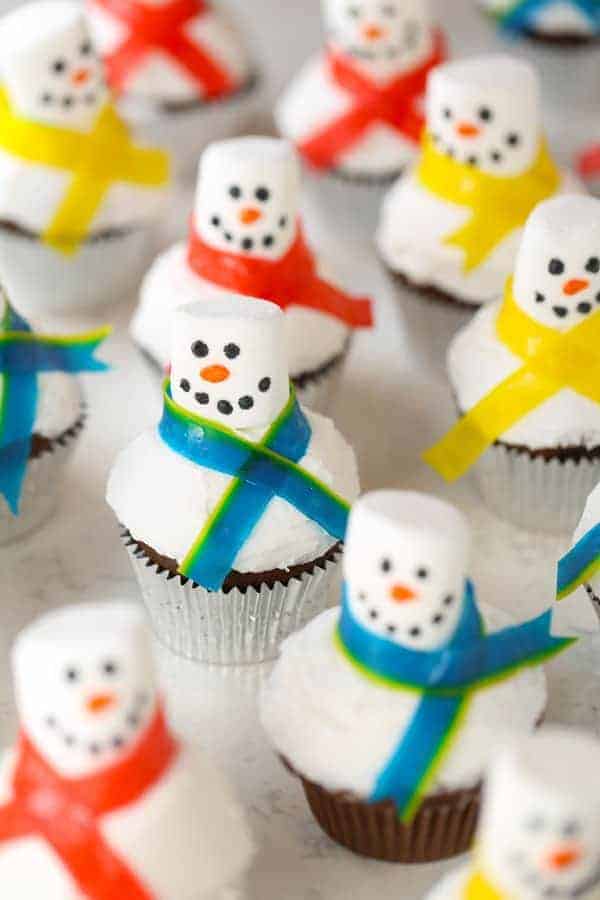 To decorate these frosty treats, frost each cupcake generously so you'll have a nice mound to resemble the base of the snowman. Depending on the ages of your children, you can let them do this part, or you can do it together. 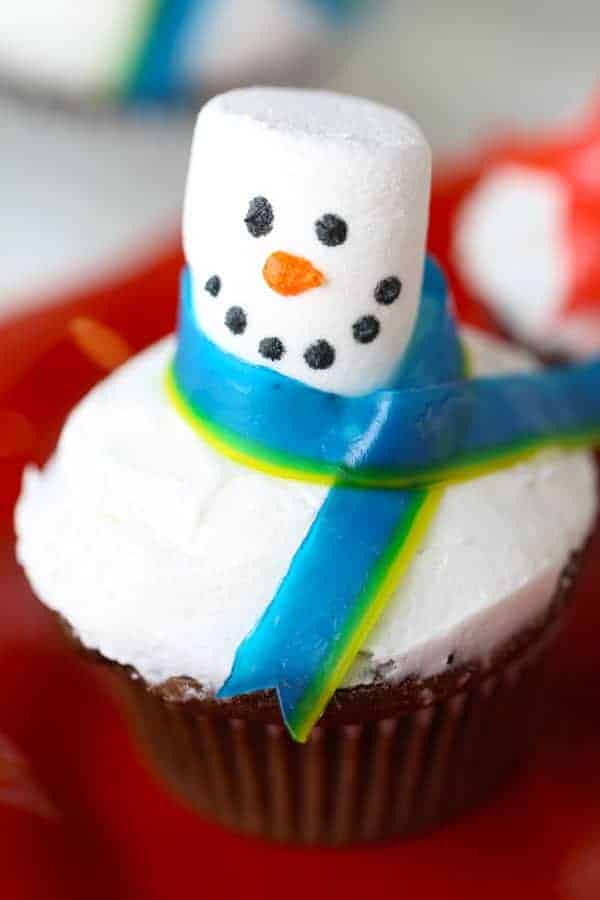 Aren't these SNOW much fun?! I hope you'll make these Easy Marshmallow Snowman Cupcakes with your children! 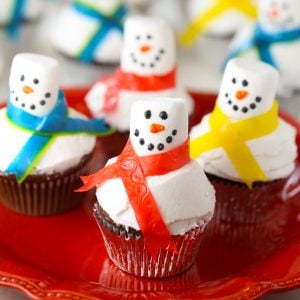 Featured on Meal Plan Monday over at the Southern Plate.