Gluten-Free, Dairy-Free Pumpkin Cheesecake is a tasty, no-bake pumpkin cheesecake pie made with no dairy; all in a gluten free graham cracker crust. 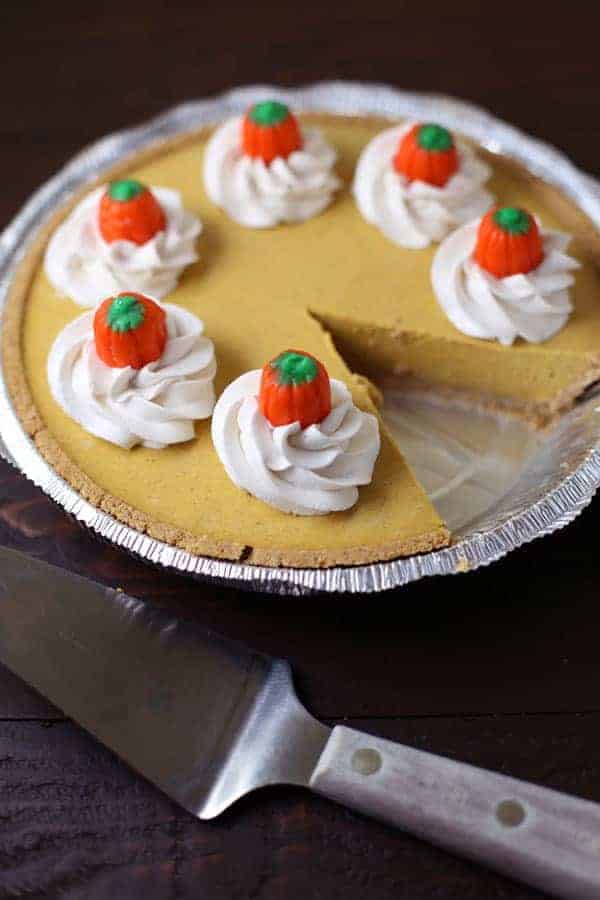 My mom came up with this recipe! She hasn’t always been gluten-free and dairy-free, but she’s always been very creative in the kitchen. My mom is the one who taught me how to create my own recipes and she’s very good at it! Thanks, mom!

For this dessert, she wanted a pumpkin pie, but needed to use a gluten-free graham cracker crust which you can’t bake in the oven. That’s when she decided to make it a no-bake, cheesecake pie.

Gluten-Free, Dairy-Free Pumpkin Cheesecake has all the cozy flavors of a classic pumpkin pie! Plus, it’s creamy and delicious! And as a bonus, it’s even lowfat! 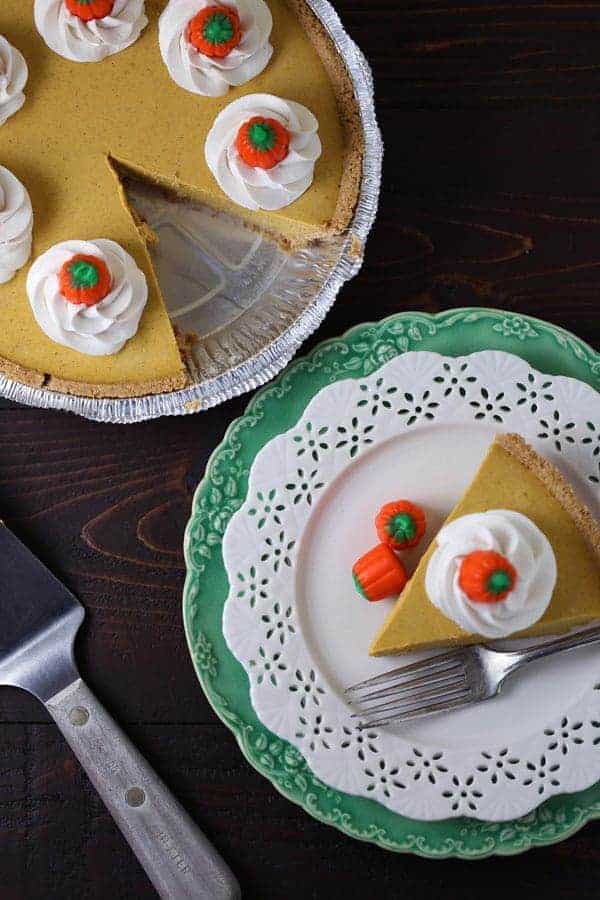 Making this pie is so simple and you don’t even have to turn on the oven!

Click here for the tutorial video: How to Make Gluten-Free, Dairy-Free Pumpkin Cheesecake. 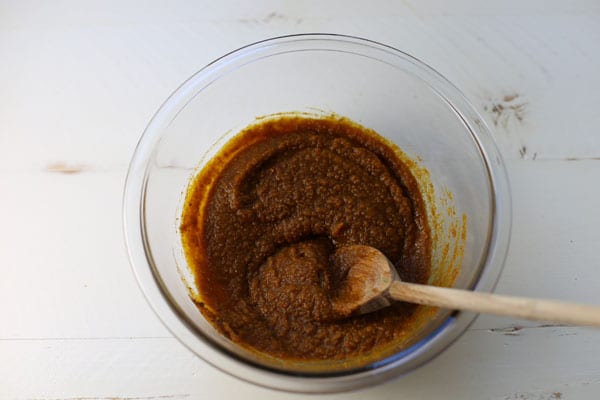 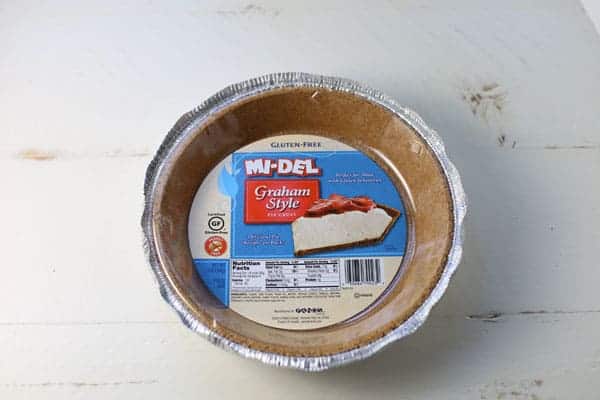 For the crust, I used a store bought gluten free graham cracker crust by Mi-Del which I found at Publix. 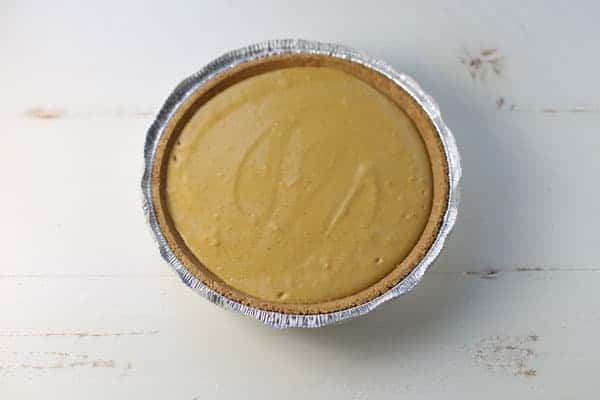 Meanwhile, dissolve a package of plain gelatin in some water. Pour the pumpkin mixture, gelatin mixture and Tofutti cream cheese into a food processor. I used a Cuisinart DLC-2011CHBY Prep 11 Plus 11-Cup Food Processor, Brushed Stainless

and pulsed the mixture until smooth. Then pour into the crust and chill for 4 hours or overnight. 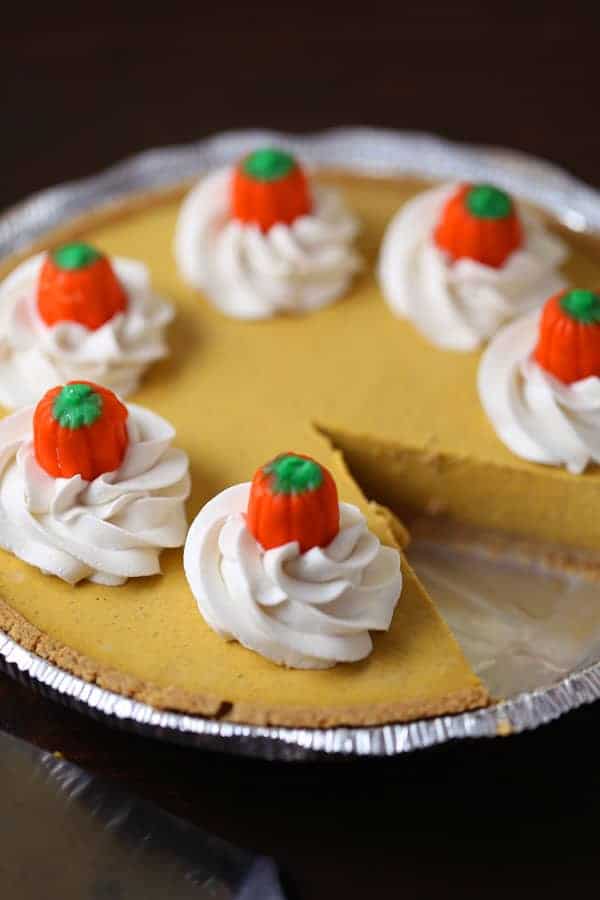 Once it’s chilled, it’s ready to serve. If you want to make it extra pretty, pipe non-dairy whipped topping on top. I used Cocowhip which I found in the freezer section at Publix. I’d never heard of it before but it’s really good and made from coconut milk. I used a pastry bag with a 1M pastry tip to pipe the Cocowhip. 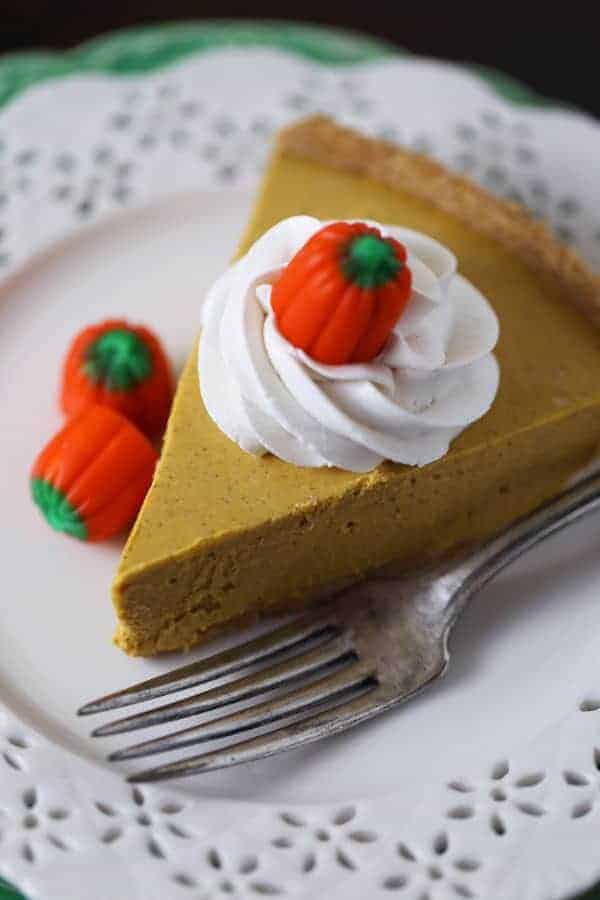 Garnish with pumpkin candy corns, if desired. I’m actually not sure if they’re gluten-free or dairy-free. Check the package.

Gluten-Free, Dairy-Free Pumpkin Cheesecake would be a great dessert to bring for a holiday party! Your allergy sensitive friends and family will be so happy! 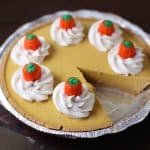 This recipe is featured on the Southern Plate Meal Plan Monday #32!

The grace of the Lord Jesus Christ, and the love of God, and the fellowship of the Holy Spirit, be with you all.