Green Ghost Cupcakes with Slime are sort of creepy yet super cute. Great Halloween project to make with the kids - vanilla cupcakes with green slime (it's pudding) filling and candy eyes. 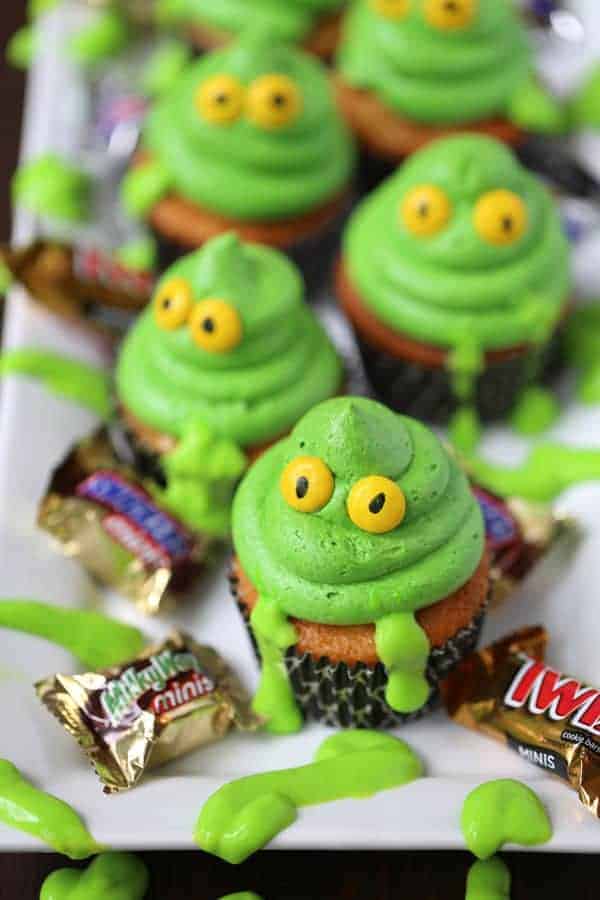 If you're a fan of the Ghostbusters movies, then you probably remember the creepy green ghost that loved to slime people, right? Since the new Ghostbusters is in theaters now, I thought it would be fun to have a little back to school party for teens with a ghostly theme. The menu included these Green Ghost Cupcakes with Slime and lots of chocolate! Teens love cake and candy! 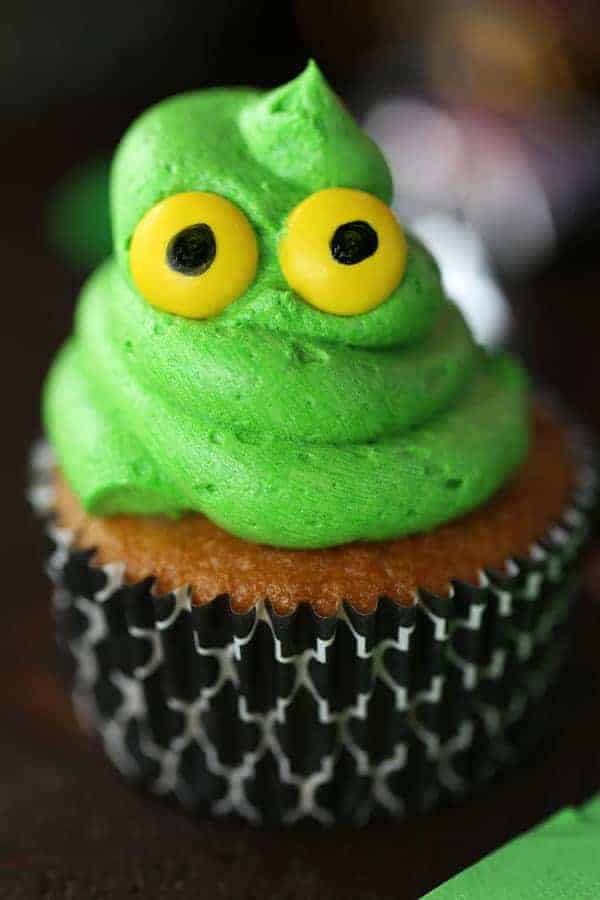 These Green Ghost Cupcakes with Slime are homemade vanilla cupcakes with green slime filling made of pudding, then topped with green buttercream and M&M's® for eyes. I used an edible marker to draw the eyes on the candy. 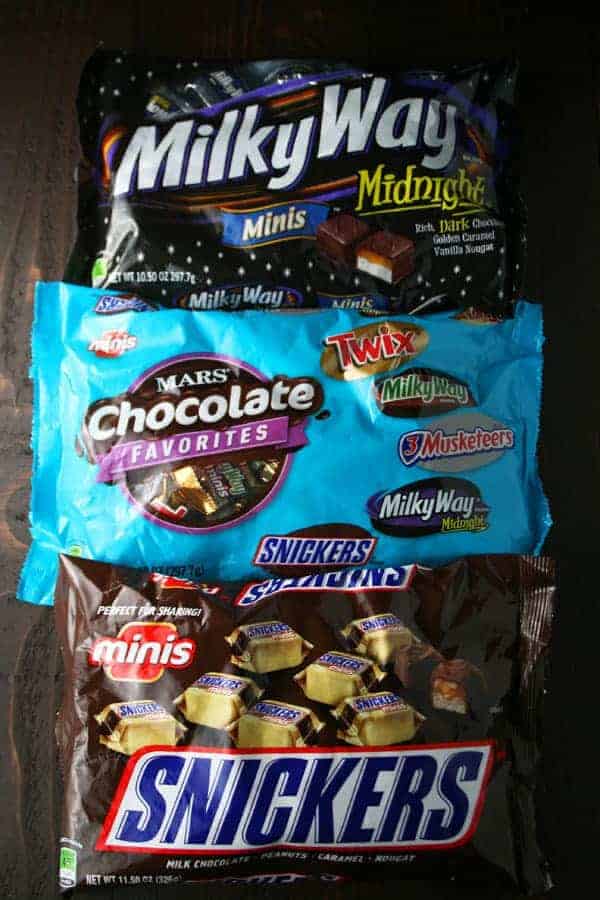 What teenager doesn't love candy? And especially chocolate! It's always a good idea to get a variety, so everyone is happy. I chose SNICKERS® Mixed Mini Bags, Milky Way® Midnight Miniatures, and a SNICKERS® Mixed fun sized variety bag. 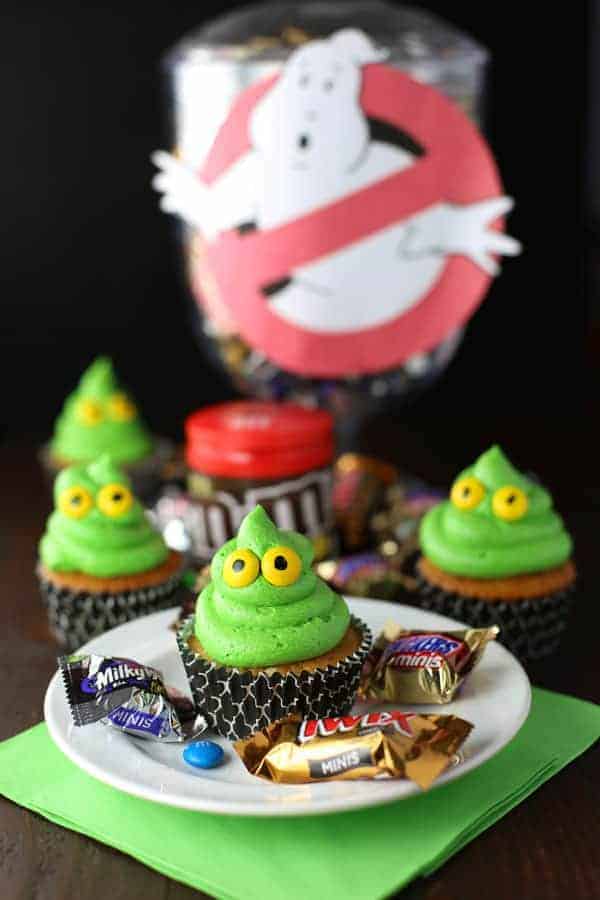 I put the candy in a big plastic candy dish like this one, then printed out the Ghostbusters symbol I found online and taped it to the side. It came out cute! 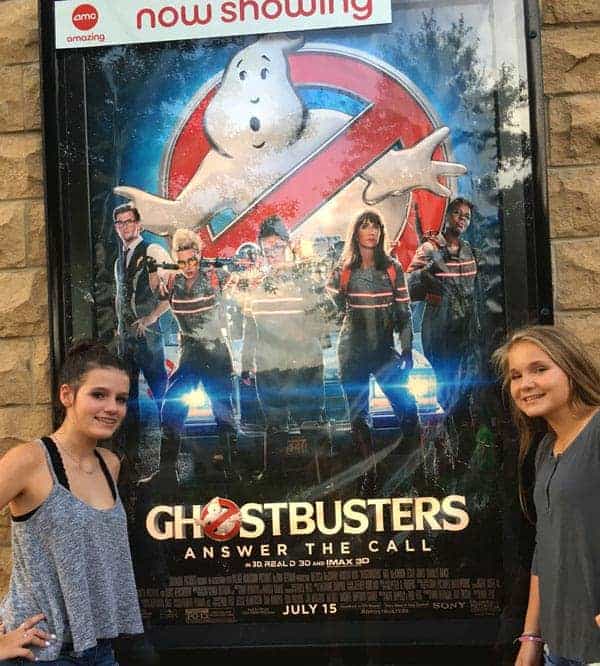 Here's my teenage daughter and her friend before they saw the new Ghostbusters movie. They loved it! 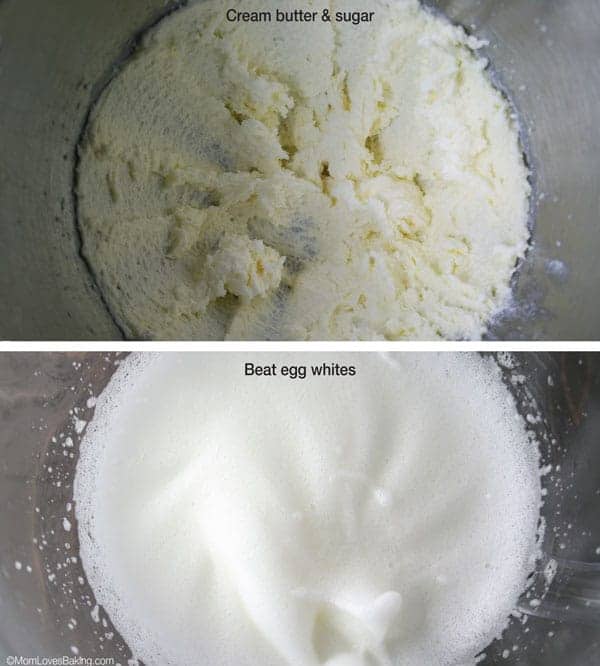 To save time, you can make cupcakes using a boxed mix, if you want to. I decided to make homemade cupcakes this time.

To make the cupcake batter, start by creaming butter and sugar together until pale and fluffy (see photo above). Then alternate adding your dry ingredients and milk with a little vanilla. Then fold in beaten egg whites. Detailed instructions are included at the bottom of this post, but I wanted you to see what the creamed butter looked like and also what the beaten egg whites look like. It's important not to over beat the egg whites. 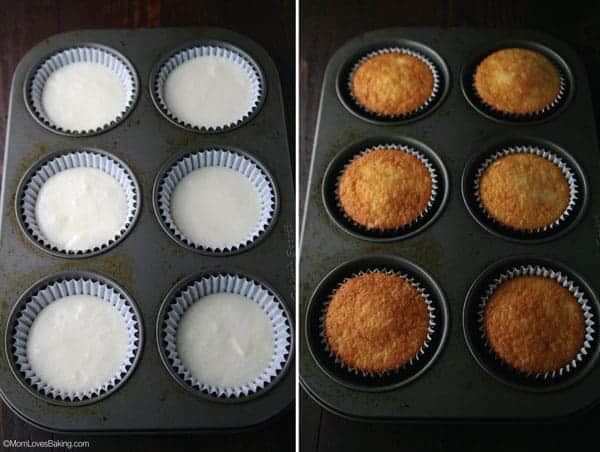 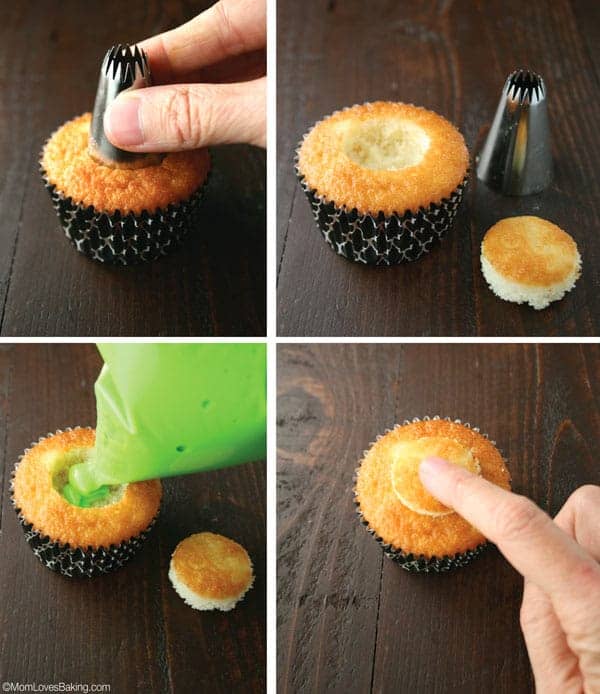 Use the bottom of a large pastry tip such as a 1M to cut a section of the cupcake out of the top. Then fill with the green slime (aka pudding) and put the top back on the cupcake. 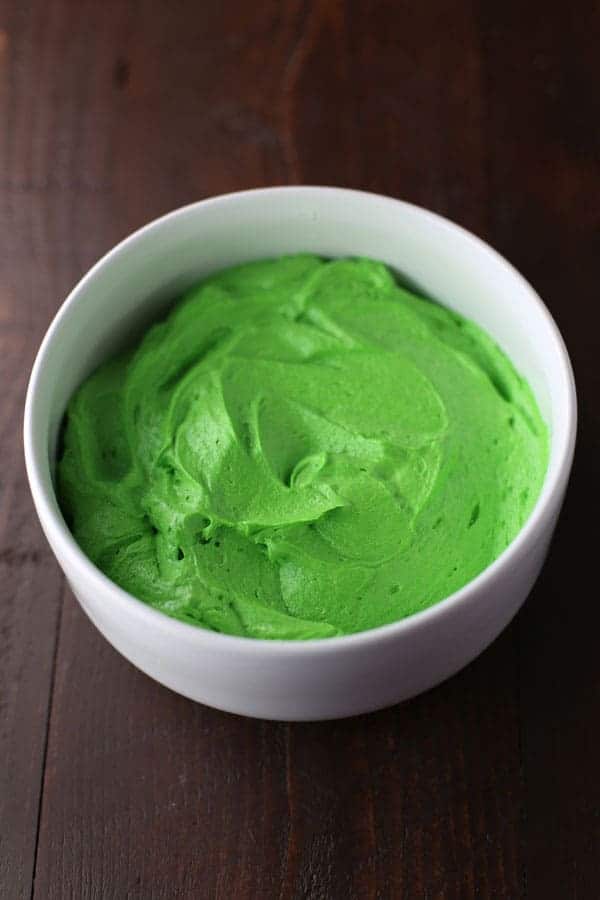 Whip up a batch of buttercream and color it lime green. I used green and yellow food coloring to get this color. 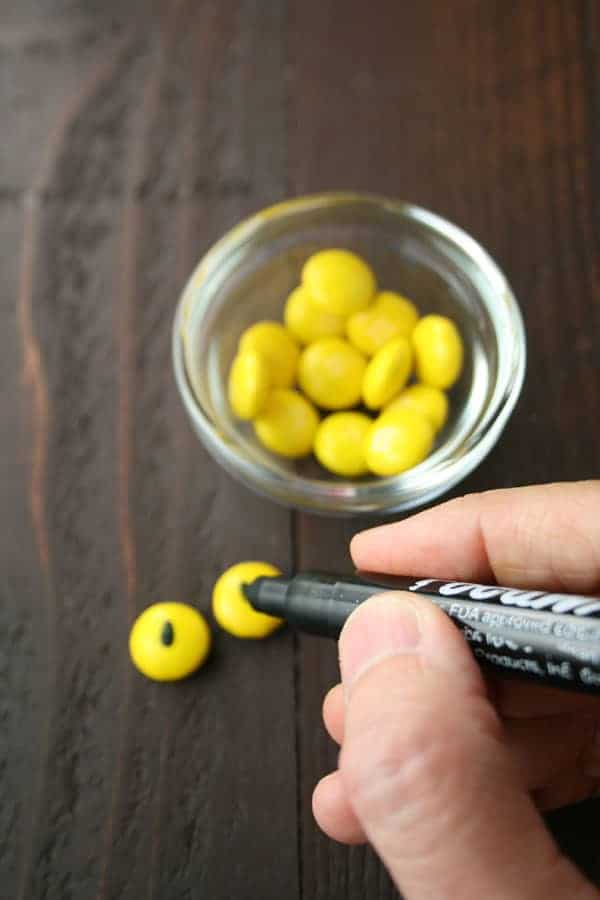 Separate the yellow M&M's®. You will need about 36. Then draw the eyes onto the candies. 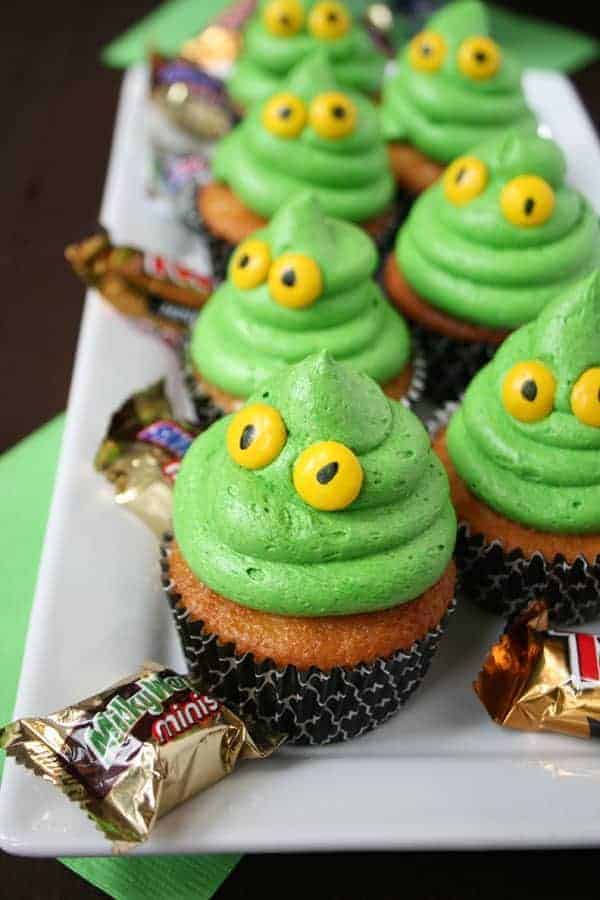 Pour the buttercream frosting into a large pastry bag fitted with a large round pastry tip such as a 1A. Pipe the frosting in circles that come to a point at the top, like soft serve ice cream. 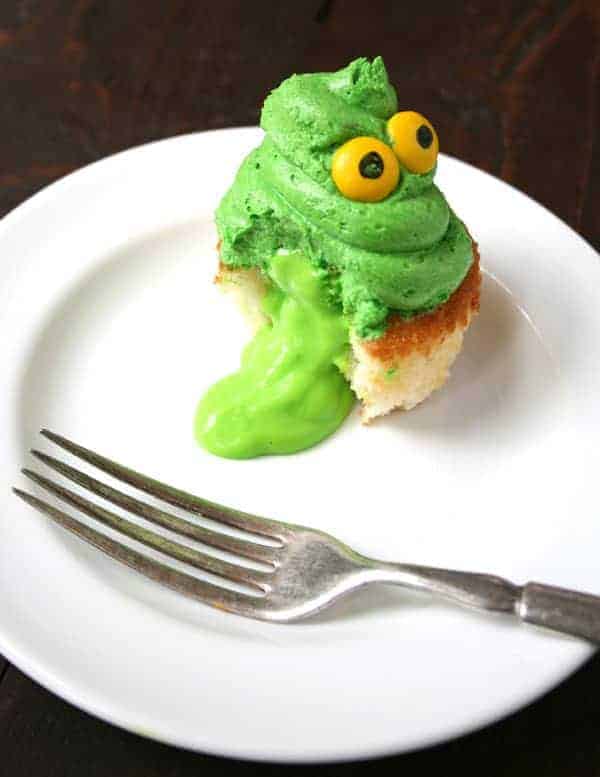 Serve and enjoy. It's so much fun to bite into these Green Ghost Cupcakes with Slime. And delicious too! 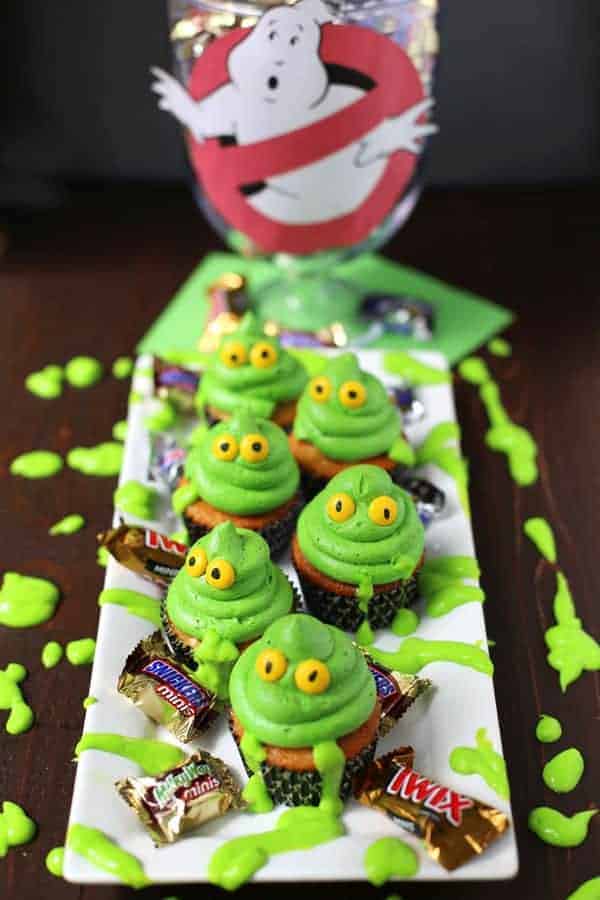 I had extra slime after filling all of the cupcakes, so I used it by drizzling it all over the serving platter to make it more slimey! You can let it fall onto the table too. It looks super creepy and ghoulish!

What's your favorite MARS Wrigley candy - SNICKERS®, M&M’s® Milk Chocolate, M&M’s® Peanut, Milky Way® Midnight Miniatures or something else? Let me know in the comments below. I'd love to hear from you! 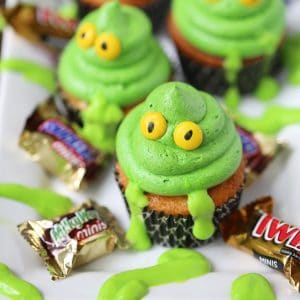